That is why every Amazon visitor is recommended to stay alert and cautious while discovering what the rainforest has to offer. A lot of rainforest animals are always on the hunt for food, which is a definite threat to visitors. Following is a list of some of the most dangerous Amazon Rainforest Animals to ever crawl on Earth. 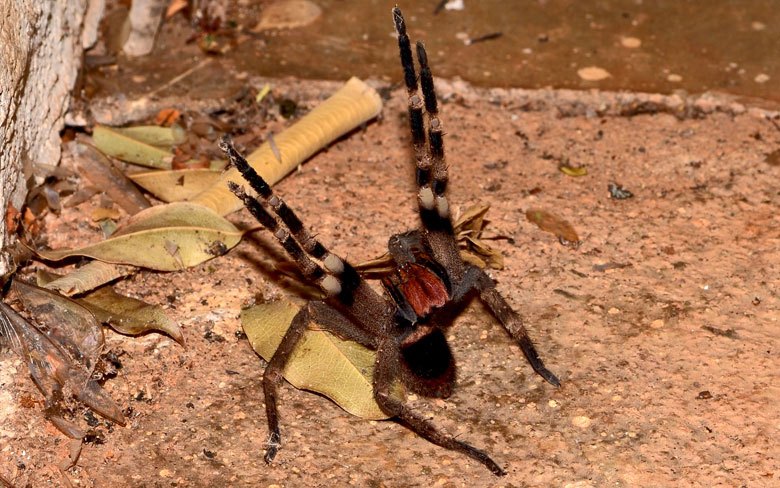 The Brazilian Wandering spiders are found on Earth in eight various types. These spiders only exist in Brazil, but some of its types are spread in Latin America as well. They are two inches in length and about six inches long legs. The Brazilian spiders are not like other spiders, they don’t bring their prey to them, but they go to their prey themselves. These spiders are known to be very aggressive because they are always waiting to attack vigorously. 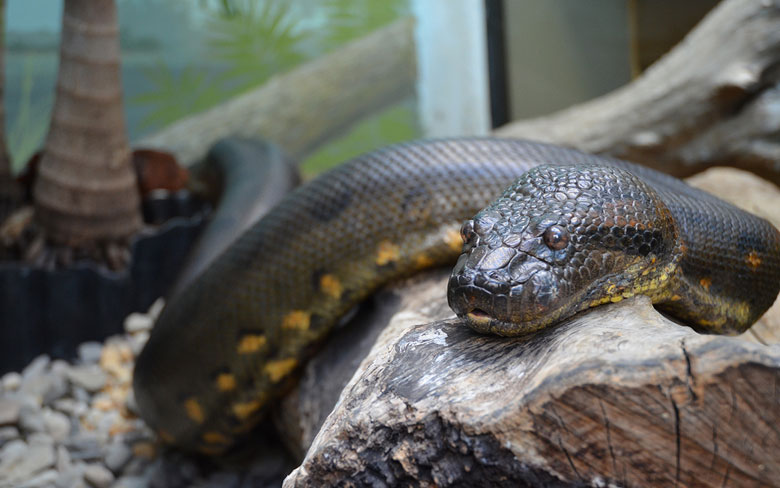 Four kinds of anacondas are crawling on our earth, yellow Anaconda, Bolivian Anaconda, darky-spotted Anaconda, and green Anaconda. Green Anaconda is known to be the largest snake of all the snakes in the world. They are about 30 feet in span and are of 227 kg.

Anacondas do not produce venom. The ideal way for them to kill their prey is to wrap around it and squeeze it to its last breath. They can swallow the entire prey as a whole. Even if the prey is a caiman, a jaguar, or a pig, the anacondas will gulp up any animal. {Read More: Most Dangerous Snakes in the World} 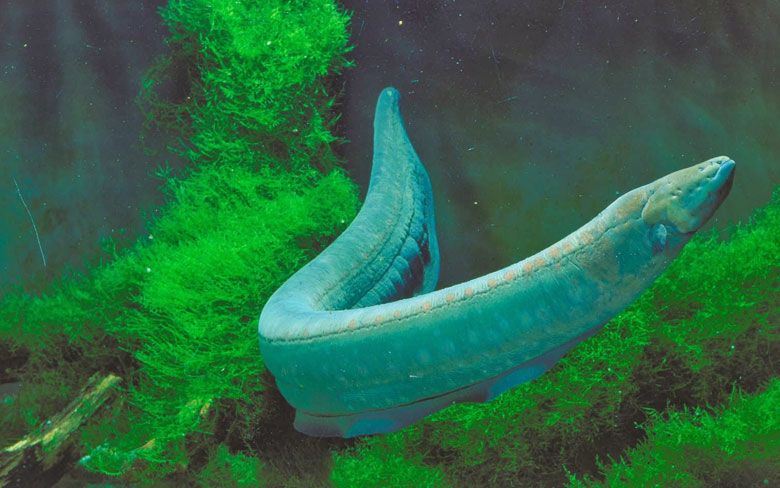 In the waters of the Amazon Rainforest, the electric eel is found. The eel is not an eel, but it is a part of the Knife Fish herd. Electric eels are called electric eels because they tend to release electric charges.

The electric eel is about 20 kg and is 6-8ft long. A range of 6000 electro boosters is contained in the body of an eel. A 600-volt charge can be generated by a feel daily.

As a defense mechanism, the electric eels discharge currents to protect themselves from vicious predators and catch their prey, which include mammals, birds, fishes, and amphibians. On the good side, it is very rare for an electric eel to attack a human being, but it is still recommended to be careful. {Read More: Most Dangerous Sea Creatures in the World} 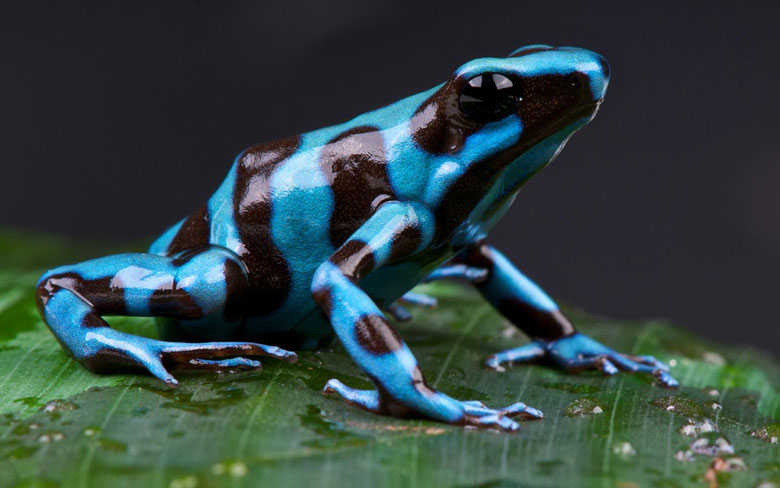 Even from the name, it can be easily predicted that this animal is not safe to be around. It is one of the most dangerous creatures of the Amazon wildlife. Poison Dart Frogs are found in lakes, streams, marshes, rivers, and swamps. Poison dart frogs are found in various colors such as copper, green, red, blue, or gold.

One of the deadliest of all four colors, the golden dart frog is the most terrifying of them all. It has the capability to kill 10 beings with one venom. The skin of the poison dart frog is very dangerous and venom-filled, that whenever a predator tries to eat it, the frog’s skin will cause damage to the predator. 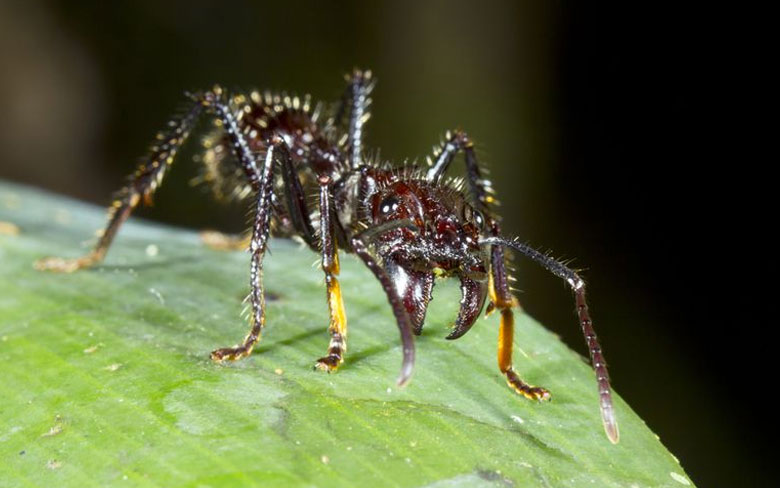 Some might not recognize this, but a bullet ant is one of the most dangerous ants in the world. The sting of a bullet ant is like getting shot. It is named after its attack. Bullet ants are discovered in rainforests of Bolivia, Paraguay, and Nicaragua. They usually make their territories in tree bases.

The sting of a bullet ant is 30 times more dangerous than the sting of a honeybee. The sting is used as a defense mechanism for the ants, but it is highly painful. Whenever a bullet ant feels provoked, it will repeatedly attack, regardless of what animal it is attacking. 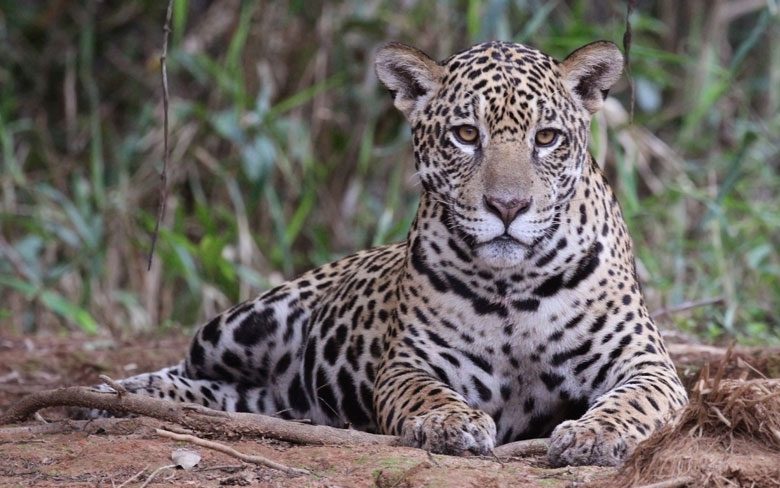 Let alone Amazon Rainforests; Jaguars are dangerous present anywhere. A jaguar is 43-75 inches long and 135 kg. Jaguars are one of the strongest members of the entire cat pride. Jaguars can be compared with Leopards, because of their same patterns, but jaguars are heavier.

The bite of a jaguar can cut so deep that even bones of an animal or being can be shattered. This is the main reason why Jaguars are considered to be one of the most dangerous Amazon Rainforest creatures. Only for mating purposes, jaguars interact with other jaguars. Otherwise, they are loners. A piranha is considered to be a very dangerous creature that lives in the Amazon Rainforest. Other than that, Piranhas have strong jaws and sharp teeth that can severely damage any skin. However, piranhas usually prey on insects, crustaceans, seeds, fishes, mollusks, and algae.

Piranhas attack in groups, and usually when they are provoked. The attack of a group of Piranhas is so strong that it can shred an animal into piece within 5 minutes. On a good note, piranhas are not threatened by human beings. Any attack on humans is rare from a piranha. 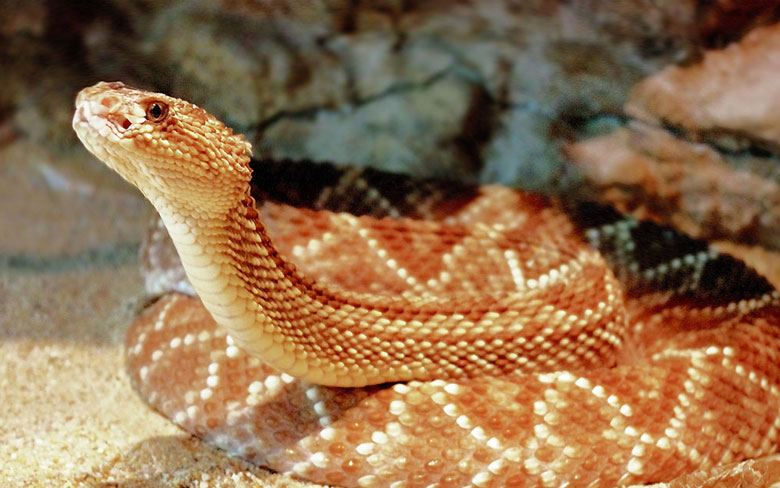 The literal crawling creature of the Amazon Rainforest is the South American Rattlesnake. They are usually present in semi-arid areas and savannahs of Brazil, Venezuela, Colombia, and Guyana. They are 1.5 meters long and are recognized by their characteristic stripes. In the Amazon Rainforest, there are about 9 rattlesnake species found. They are distinguished by their different colors.

With different stripes, South American rattlesnakes tend to change color according to the environment they are in. That is why; it is difficult to spot this snake. But they only attack when provoked. When a rattlesnake feels threatened, it will make a hissing sound, which is an indication for murder. 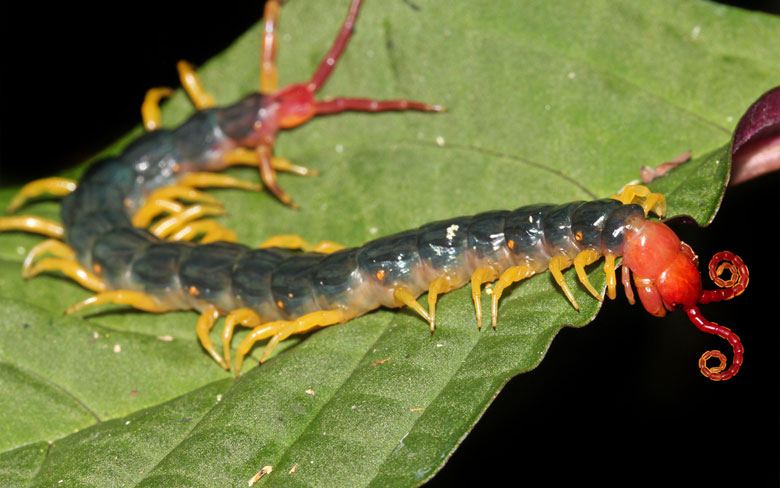 This creature has the power to kill and overpower animals bigger than its sizes, such as frogs, bats, sparrow-sized birds, snakes, bats, and mice. The main weapon of the giant centipede for killing animals is its legs, which are known as forcipules.

With its legs, this animal can be able to inject a poison stronger than any other and kill animals within seconds. The giant centipede also acts like bats when it comes to their prey. The venom of a centipede is so contagious that it can even cause the death of a human being if injected. 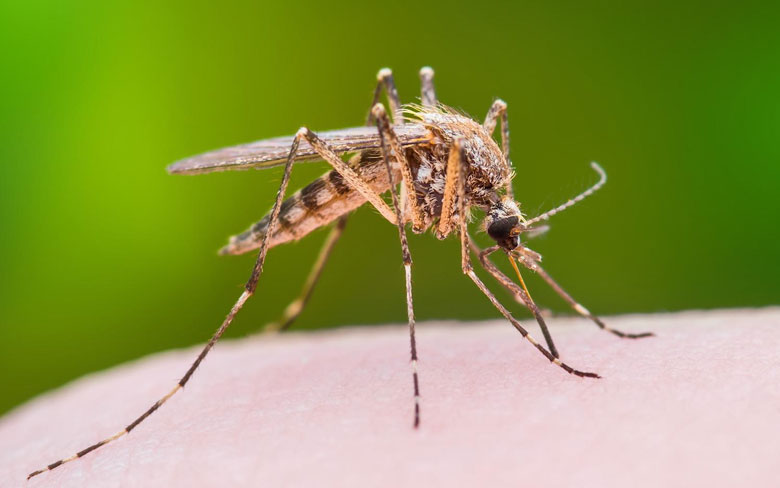 The visitors of the Amazon rainforest are highly advised to take needed precautions to be safe from any mosquito bites. There are some vaccinations and creams one can use to avoid any serious infections. 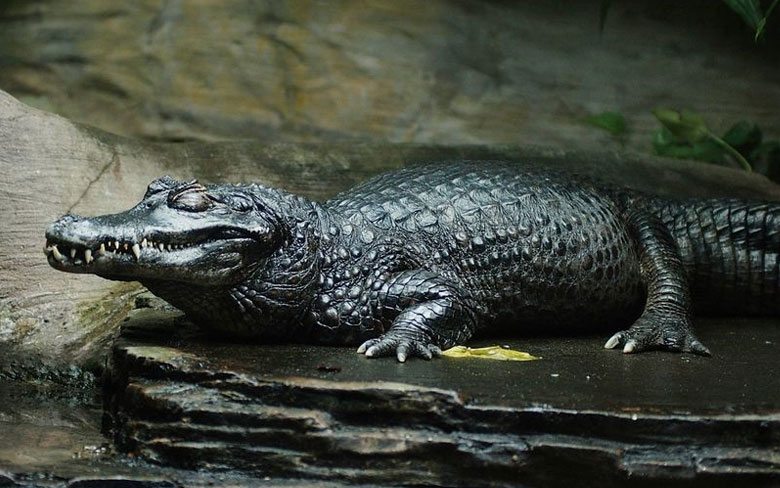 In the entire Alligatoridae pride, a black caiman is considered to be the largest. You can find this creature in every Amazon basin. The black caiman is known to be a very vicious predator living in the complete Amazon wildlife. It attacks all kinds of reptiles, mammals, birds, and fish. It can also attack humans if triggered.