Every animal species which can be found on earth can have any lethal effect on humans. Ants fall in this category as well, although we never thought that an ant might kill a fully grown human.

It is so true that a single bite can even kill a human within a few injections of their venoms. Not all types of ants are this much dangerous, but the list is pretty scary, to be honest. Today we bring you the Top 10 Most Dangerous Ants in the world. 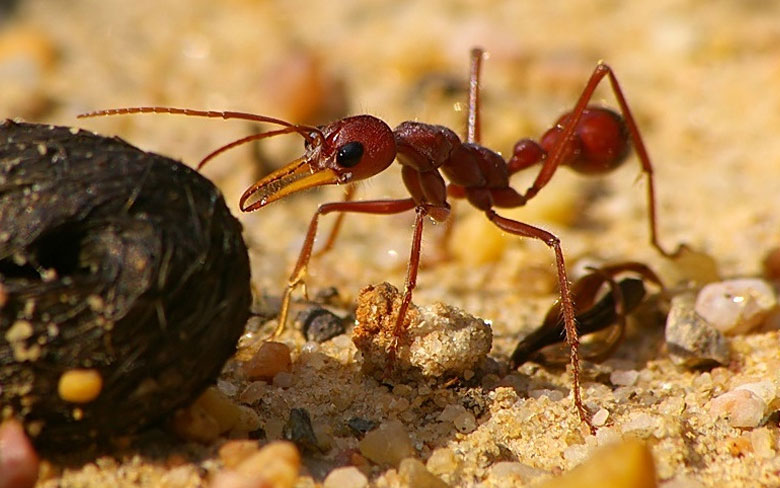 This type of ant is so dangerous that even it has been registered in the Guinness World Records for a most dangerous one. It is majorly found in Australia. It is also reported that more than 300 people3 have died because of its bites since 1988. Reports have also confirmed that this deadly ant bite can causes insensitivity to tissues with so much sharp pain that can lead to death if not cured in time. It is also pretty fatal to birds and other animals that can die of renal failure if this bulldog ant bites them.

This threatening ant’s dangerousness can be calculated by the name suggested to it by those who got bitten by it. Its bite and the after effects are much more painful than a bullet, not to mention the spread of venom is like a bullet as well, no doubt it is rated as the most painful venom or bite by an ant. It is found in Paraguay and Honduras. The major effect of its venom is on the nervous system. 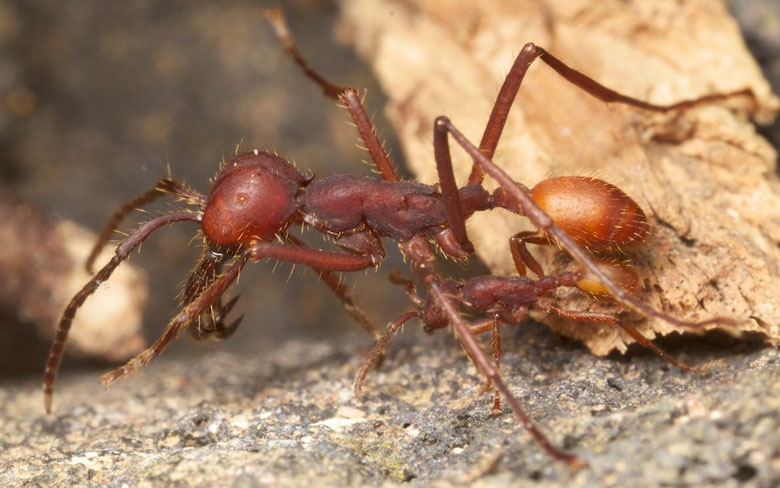 The army ant is nicknamed army because of the nature of their attack and how they live together. They tend to live in groups, and they like to move from place to place in the ground. They attack their prey in the form of the group which may sound nothing at first, but if you get an exposed look of their attack, then you will be surprised that they are usually in hundreds and thousands in number when they attack, i.e., 100,000 ants attacking together. 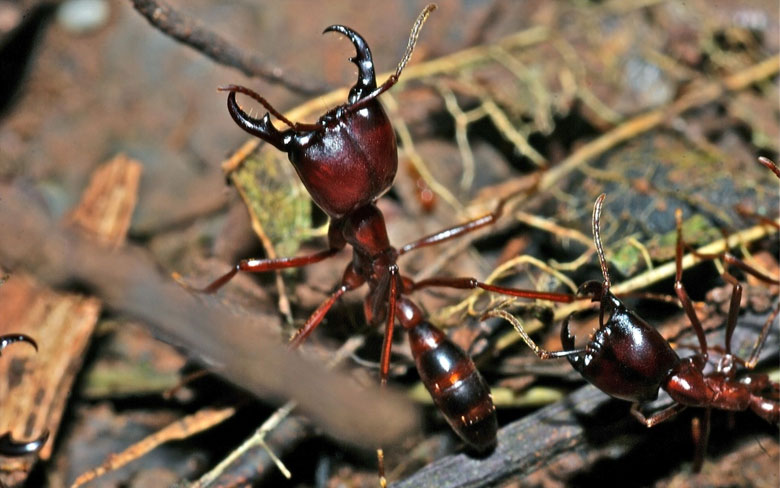 It is found in Central Africa and East Africa; you will be surprised to see their nests. They live in large numbers of nearly about 20 million. They have jaws which are so powerful that they can tear apart their prey within a few seconds. They are divided into two categories; worker Siafu and Normal Siafu. Usually, worker Siafu ants are more dangerous as their jaws are bigger and more powerful. Their sting capacity is also undeniably strong. 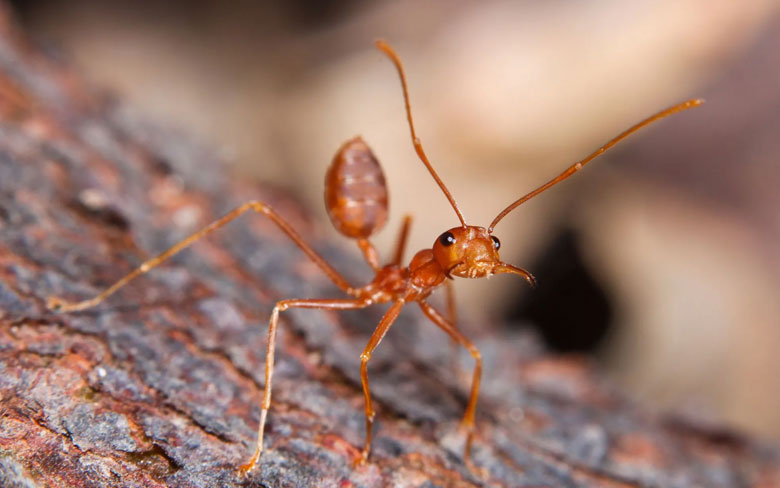 Rather an aggressive natured ant, there are more than 200 different types of Fire ants. As per the name, their sting results in fire type effect on the skin which can cause irritation and swelling. When they attack in the form of groups, the place where they bite can get so swelled and irritated that if not treated on time then it could lead to death. The allergic reaction may vary from type to type of fire ants, but they can also cause a shortage of breath and slurred speech. 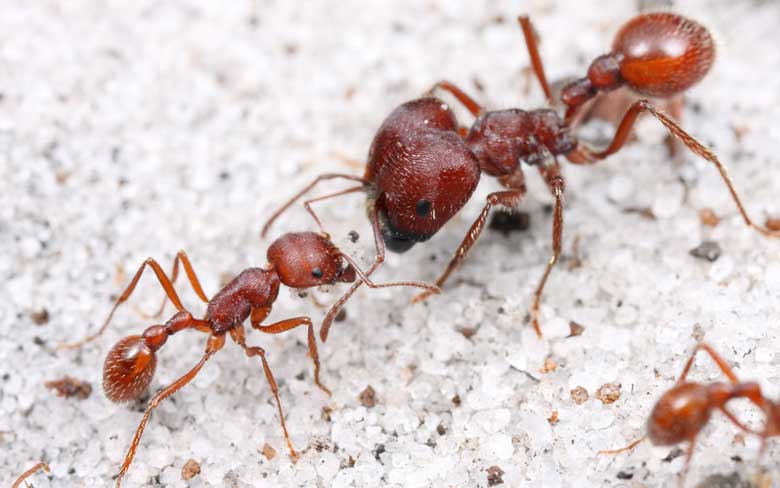 Found in Central, South and North America, these ants are very deadly as they carry the type of venom which Cobra carries and also by the western honey bee. Their venom can kill small animals in almost no time, and they are very lethal to humans as well. They have a small beard like structure which helps them in carrying small seeds and grains but never get fooled by their appearance. They can get deadly when they feel danger lurking around them. 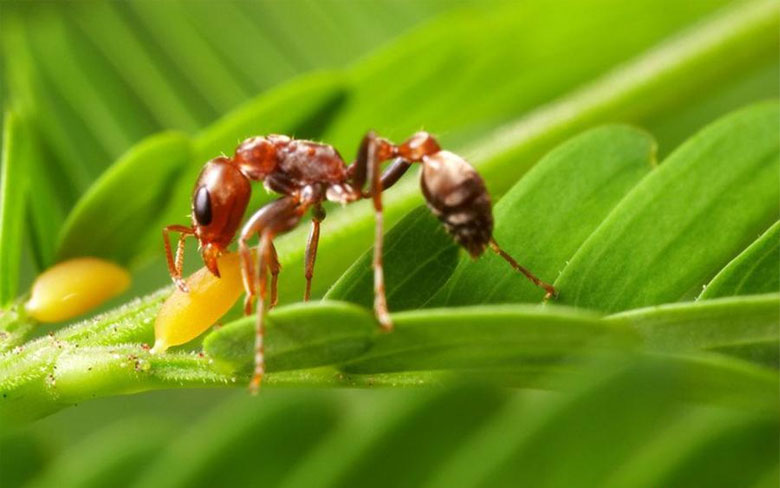 With almost wasp-like structure, their sting is very much like them as well. They can be dangerous as their venom can cause serious irritation and burn on flesh, but they have some beneficial aspects as well. In African countries, these ants are used for medical purposes like treating asthma and deep depressions. 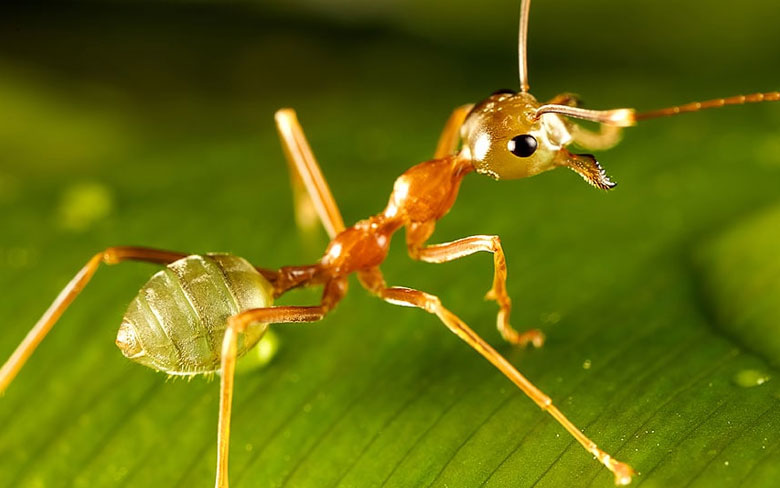 Found in Australia and Tropical Asia, it is often nicknamed as Weaver. They are called green tree ants because you will find their nest on tree and leaves where they stitch them together and form colonies. Each colony contains almost half a million of such ants. They don’t compromise of stings, but they can bite, and their bites can cause an effect of a piercing pin on the skin. But like Bullhorn ant, it also has some medical benefits as it can help in treating stomach aches and fertility issues as well. 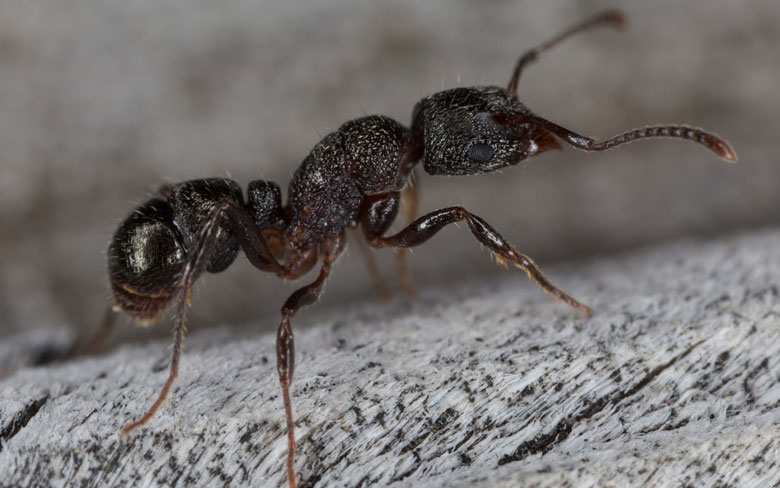 Famous for their horrendous appearances, these pony ants are not that lethal at first, but they still cause serious pain when they sting. They are found majorly in Australia. If these ants sting in vast quantity, then their venom will increase in it can get serious then. These ants can cause anaphylactic shock which can lead to vomit and swelling. If the stinging continues then, it can lead to death. 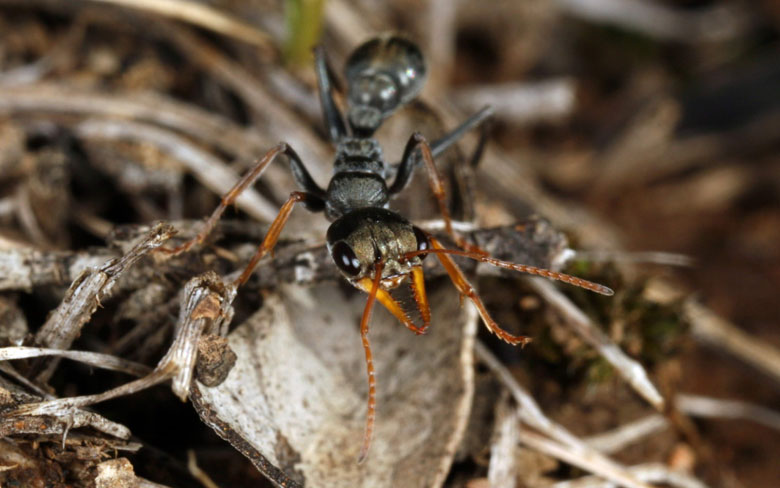 It may look like a small scorpion, but it is not like those at all. Although different incidents report that 4 persons were killed due to its bites since 1980 in Australia, their single bite to humans is not something causing death. But remember that its bite can cause serious swell and allergies and also increased heart rate. This ant, which is often termed as hopper ant, can attack the immune system. So stay away from this ant and all others to your own safety.