Most Dangerous Fish in the World

There are millions of fishes with over thousands of different species in the sea. We know some for their outstanding colorful bodies and harmless nature while we are not aware of the billion others which can create all sort of different modes.

So many people are attached to the world of the sea for their food and economic reasons. But today we bring you the most dangerous fish in the world which regardless of their sizes can be very dangerous due to their razor-sharp teeth or ability to create an electric shock. 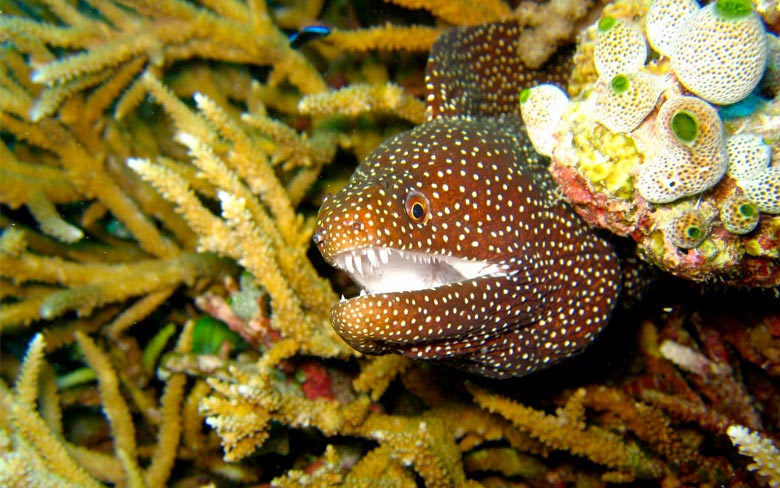 Over two hundred different species, moray eel is which has more popularity because of its enormous size in respect to eel’s family. It can reach up to 3m that is 10 feet and weighs up to 30 kg. If that is not dangerous enough then perhaps the presence of three set of razor-sharp teeth with two highly active jaws. It is the ability of the moray eel to use the second jaw to drag the prey into its throat, that makes is more dangerous. 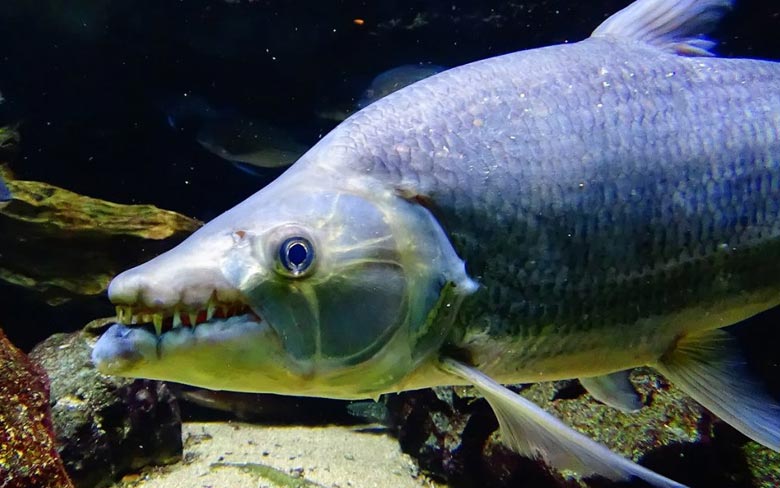 Often nicknames as African Piranha, Goliath tigerfish always swim around in groups and have mighty jaws which are lined with acute teeth which can easily rip off their preys. It can reach up to 5 feet and weighs up to 70 kg which is more than usual and very dangerous, to be honest. It is usually found in murky waters of Congo River and Lake Tanganyika. 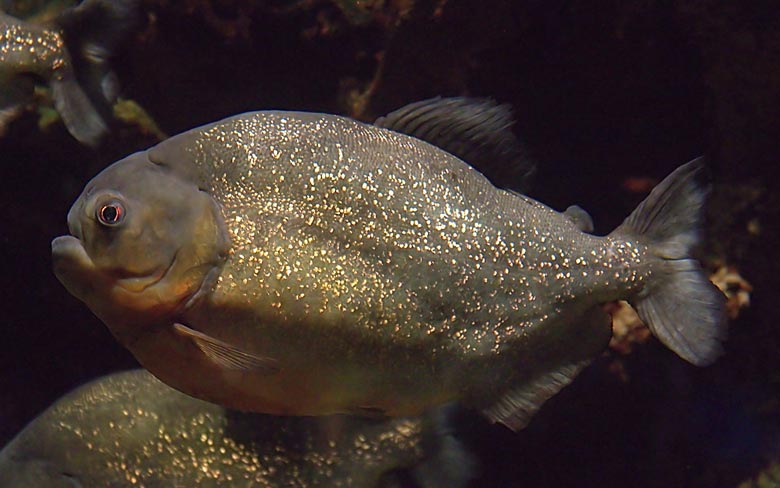 Piranha is pretty famous for its man-eating qualities. Quite a buzz for the movie makers, many flicks have been made over this concept. Piranha has different species among which red-bellied is the most fearsome one. It can literally rip of the flesh in just a few seconds. It can grow up to 50 cm (nearly 2 feet), so you can imagine with such small size and extremely penetrating teeth, what destruction they can cause. 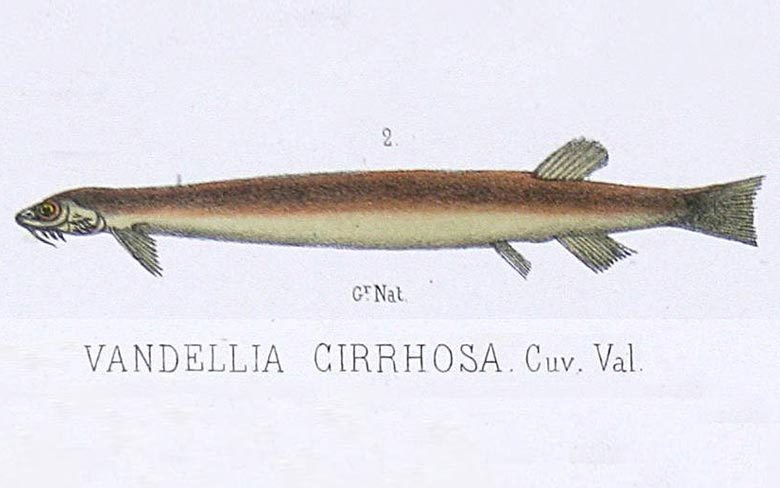 This unique looking fish is often known as toothpick fish because of its slender shape. Its backward style spines are dangerous as once it gets attached to other fish’s gills and taps into blood vessels to gain food. It has also gain negative popularity as it can reach into men’s toilet parts and attack them there. The thing about humans is actually a myth and not be proved as such. 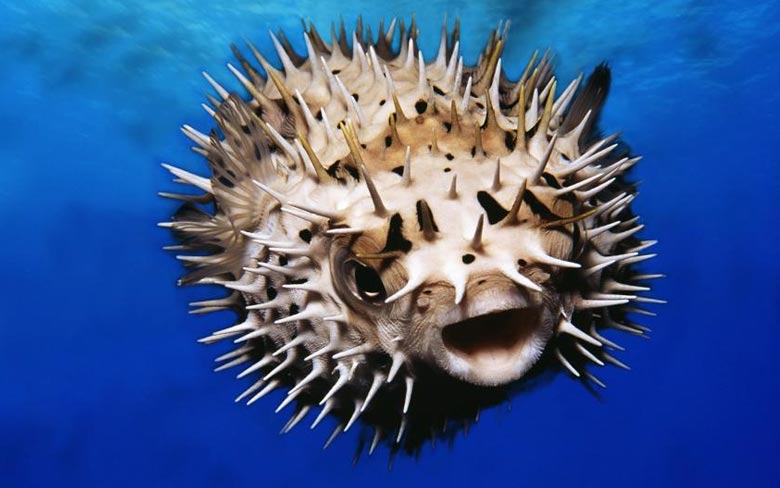 The pufferfishes can inflate themselves into circular form in such manner that their sharp acute spines standoff and they can harm anyone who attacks them. They are usually found in the warm and temperate waters. They have prickly skin which helps them in inflation. The largest puffer can grow into 90 cm which is nearly3 feet. 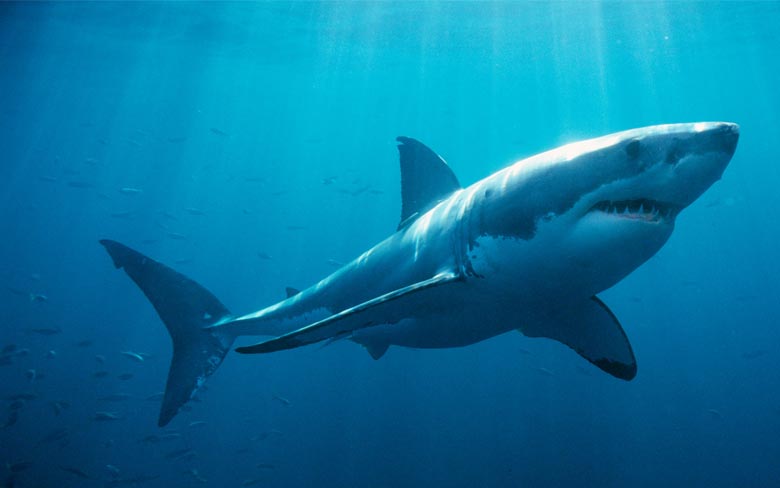 Great white shark or the white pointer needs no introduction. Among this list of most dangerous fishes of the world, the shark is another name than piranha which is already famous for its human killing nature and flesh tearing abilities due to its razor-sharp teeth and heavy, enormous look. It has been featured in many movies which depict the destruction caused by sharks. Many documentaries have also been made on it. 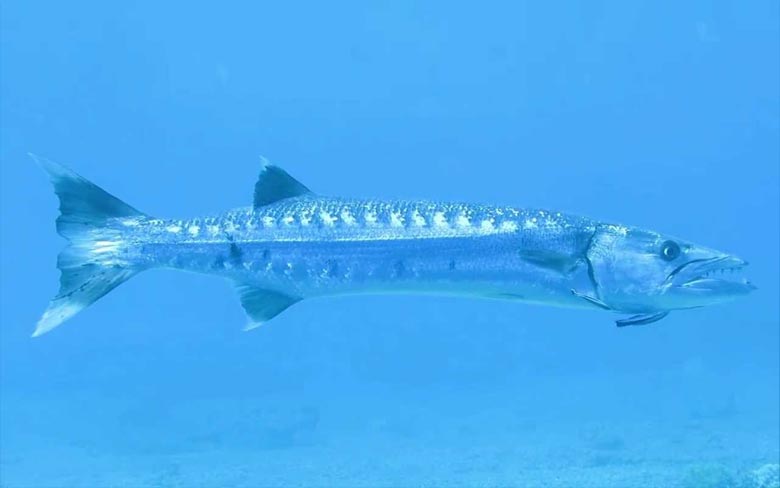 Among the different 22 species of barracuda, only the great barracuda is dangerous enough to attack human. It usually takes a lot of a fish to attack humans so you can imagine the type of extremely sharp and incredibly active teeth it has. Other than sharp teeth, it has speed which allows it to go like a missile on its prey and tear the flesh away in just a matter of few seconds. It can reach up to 6 feet which is enough to scare us away from having deep water swims. They also can go to a flight as they are known for causing injuries to people who were traveling in a boat. 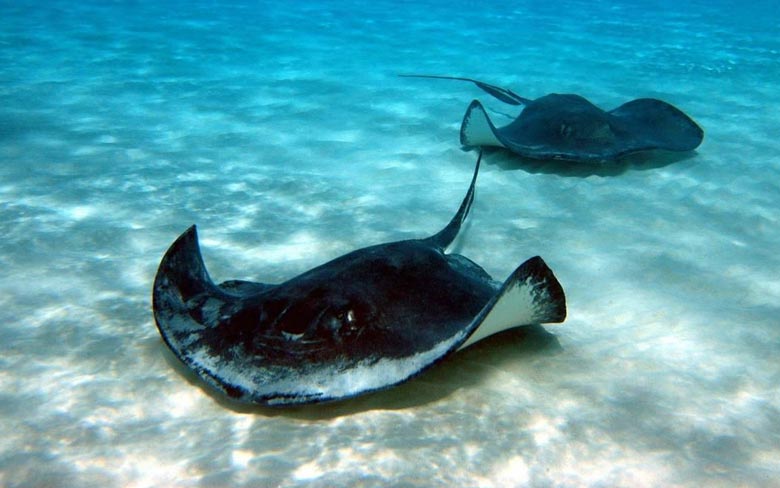 Stingray has a vast family of almost 200 species, but as per the name, it has a dangerous venomous tail which emits venom when under attack. It is rather a very peaceful fish until or unless something triggers its safety. Although a sting from it is not life-threatening, it can cause diarrhea, vomiting, nausea and other such symptoms. 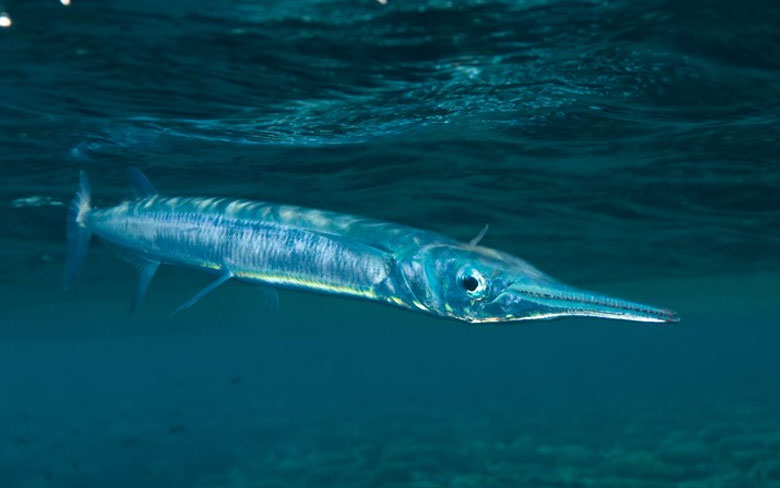 As per the name, he slender looking fish has extremely sharp beak along with its bony structure which allows it to attack its prey in such swift move than you cannot believe your eyes. This fish can grow into the size of 3 feet while it can weigh up to 4 kg. But one simply should not underestimate its size or quantity of its attack, it can cause some of the most unbelievable and excruciating pains and injuries. 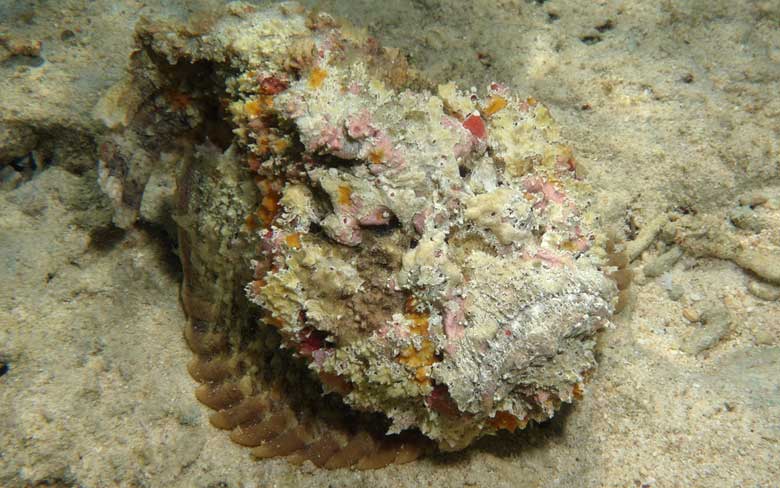 The type of fish which is usually found in the bottom of the tropical Indo-Pacific. This sluggish looking fish is extremely dangerous as it is usually not spotted at once. Due to its size, color and blending qualities, any prey or human can get near it, and it injects venom which causes serious injury which can cause excruciating pain but also can lead to death as well. Physically it has a large body with a large head but small eyes and small lumps or fleshy flaps which have venom in them. 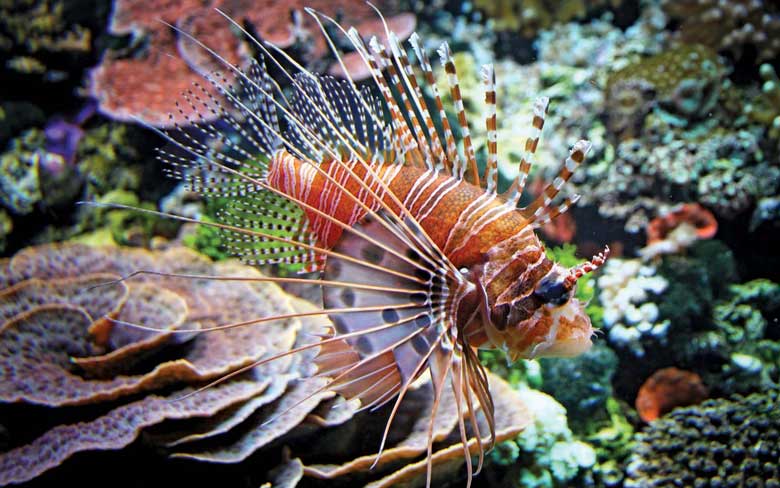 Known as one of those fishes which enlarged pectoral fins and elongated fin spines and interestingly, each fish carry a stripping, zebra-like pattern. Their fins carry venom which they use to attached hunt their preys. Usually, the fish is relaxed and easy with no fins shows but when they are under threat or disturbed, they show-off their fins with venom which is quite dangerous. These fishes can grow into 30 cm long. They have red, white and brown stripes.