All animals carry extraordinary levels of strengths. Even the strongest of human beings could not match the strength animals have. However, every animal carries different types of strengths. Some animals are smaller in size but larger in power.

Our world is crawling with tons of strong animals, and following is a list of the top 10 strongest animals in the world.

Strongest Animals in the World 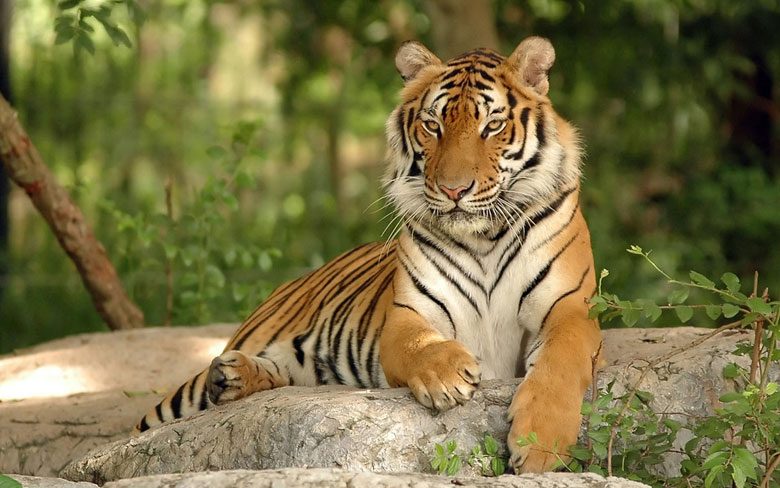 Tigers are known to be the strongest species of the cat herd. 10 types of tigers are roaming around on our earth. Tigers usually live in grasslands, swamps, and rainforests in Southeast Asia. Out of all the tiger species, the Siberian Tiger is known to be the most powerful.

Tigers are deadly jaws and 30 teeth. It is easy to realize that tigers are flesh-tearing hunters. Tigers are so massive that they can even stand up to a lion. 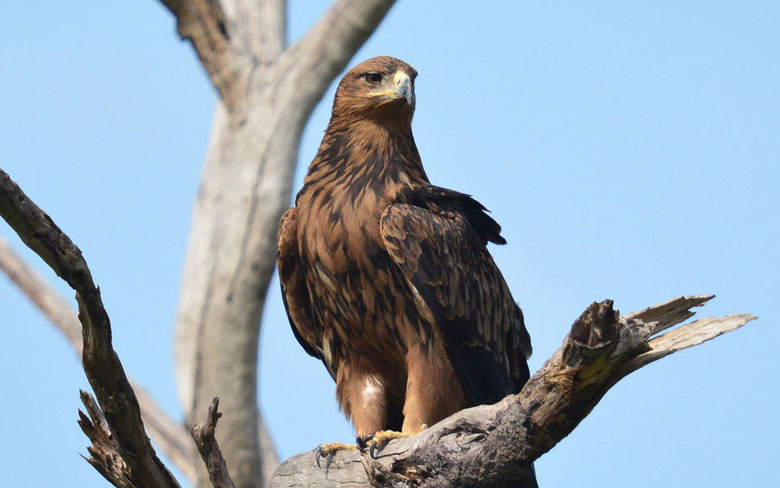 By the fact that eagles can lift heavy weights, they are very strong birds. Their feet are very strong; they have huge pointy beaks and razor-sharp talons. Eagles can easily track down a deer, wildcats, and foxes. Eagles are such majestic birds, and they carry the legacy of victory, power, and freedom.

Eagles have wide and powerful wings and can fly up to 10000-15000 feet. Eagles are those species of birds which can fly for days without having to rest. Eagles have a special connection with the storm; they do not hesitate to fly in it. One of the most interesting facts about eagles is that they have perfect vision. They can trace their prey within seconds. 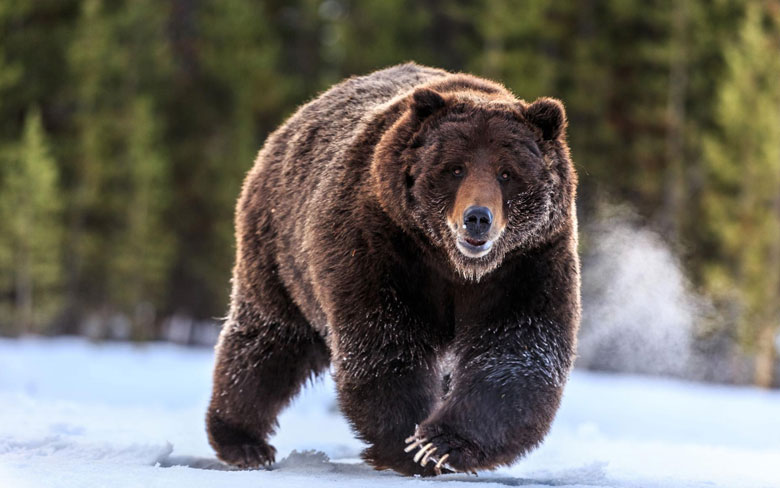 The name sounds cute, but don’t be baffled. Grizzly bears are found in different places of Northwestern US and Canada. They are not only huge, but also powerful. Their claws reach to six inches; they have a muscular hump and a large head. They have very sharp teeth and can be able to squash a bowling ball.

Grizzly bears are not easy to be around; they will get annoyed and attack any creature that stands in their way. Grizzly bears are also very protective towards their cubs and will attack the animals who pose a threat to them. 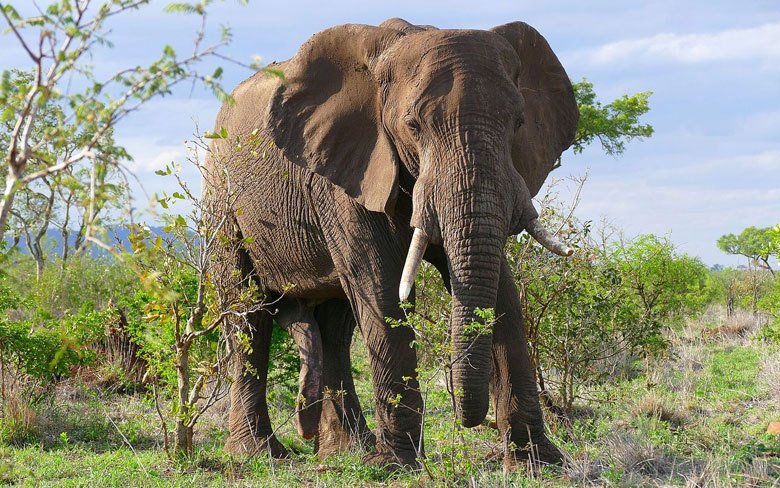 The most notable part of African bush elephants is that their tusks grow to be very long. They use their tusks for defending, fighting, and digging. 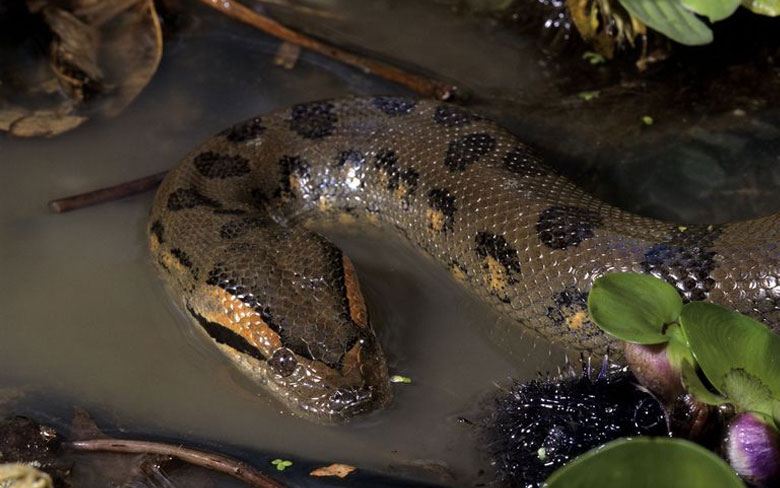 Anaconda, the strongest and the largest snake in the world. Anaconda is actually a part of the family known as “boa constrictor” family. Whereas, they are usually found in the forest areas like Amazon Rainforest and as well as usually inhabit swamps, marshes, and slow-moving streams. However, the anacondas are not able to further lay eggs, but actually, they are capable enough to give birth to live young.

Although, the female anacondas are a measure to be larger as compared to their males. Also, anacondas are not poisonous and usually kill by compression (wrap around their prey and squeezing it until they stop breathing).

Read More: Most Dangerous Snakes in the World 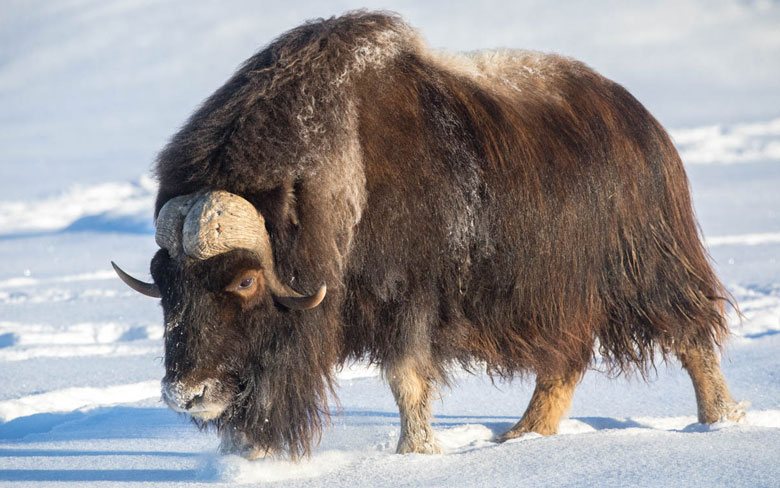 They are also called Bullocks in other countries. Oxen are known to be a powerful and larger strain of cattle. Oxen are usually males, and they have been serving our earth as light-air animals for a long time. Their body span is about 2-2.3 meters long, and they weight 640 kg. Oxen are very strong and can easily lift 800 kg of weight.

Oxen don’t pose any massive threats to other animals or human beings. They are only helpful for carrying carts and plowing fields. An ox is a very powerful animal; it can carry tons of weight for a long time. Oxen are very calm and gentle. They are often quoted as a symbol of determination, stability, and strength. 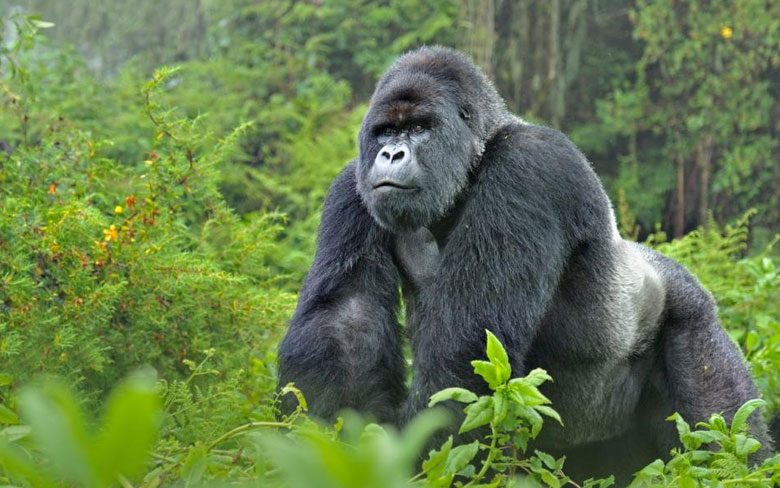 Gorillas are commonly recognized for the certain amount of strength they possess. Gorillas weigh 200 kg. Some parts of gorillas are like human beings, and gorillas have long and strong arms. Gorillas can carry the largest of weights easily.

Gorillas walk on their knuckles to support their weight. Gorillas are blessed with the strength to swing from one tree to another with the help of their arms. Gorillas tend to grow stronger with their knuckle-walking and swinging. 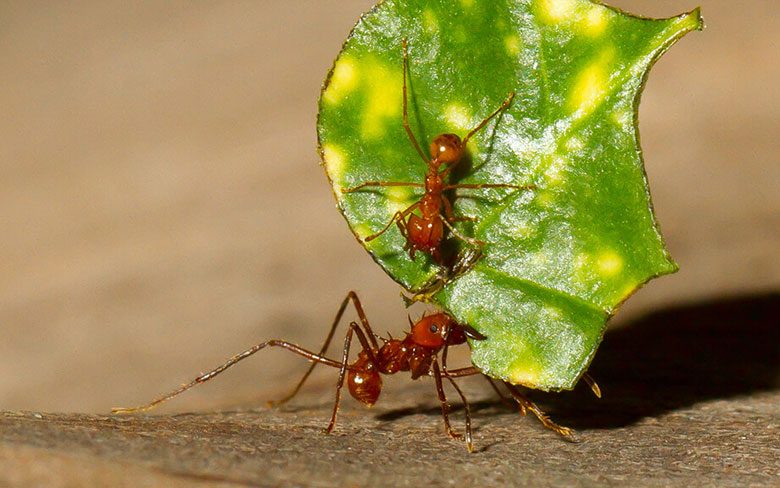 Leafcutter ants are 2.1 cm in length and are known to be the strongest of all ants. A leafcutter ant can lift a weight 50 times stronger than its body. They can also be able to cover long distances while carrying the weights. With their powerful jaws, they carry leaves to their destinations.

The bone structure of leafcutter ants is unique and considering their size, very remarkable. By vibrating their jaws, they can gather strength to carry objects.

These ants are also known as ‘parasol ants,’ for the way they carry the leaves. However, leafcutter ants do not live on leaves, but with the help of the leaves, they fertilize the fungi. A herd of leafcutter ants contains millions of ants.

Read More: Most Dangerous Ants in the World 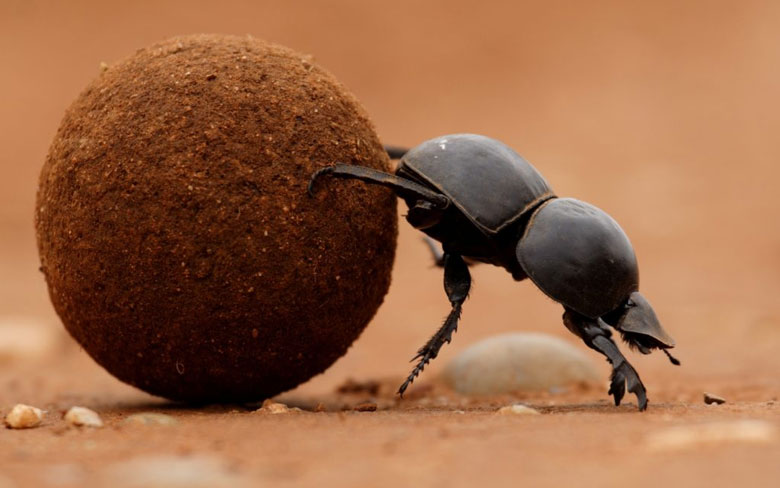 Dung beetles are half an inch long, but they are very powerful creatures. Compared to the female beetles, the male dung beetles can lift objects heavier than their body weight. Do not be fooled by its size; it can carry 80 tons of weight easily.

These beetles gather massive strengths for locating their mates. When it comes to fighting, they fight with their horns, which help them increase their strength. 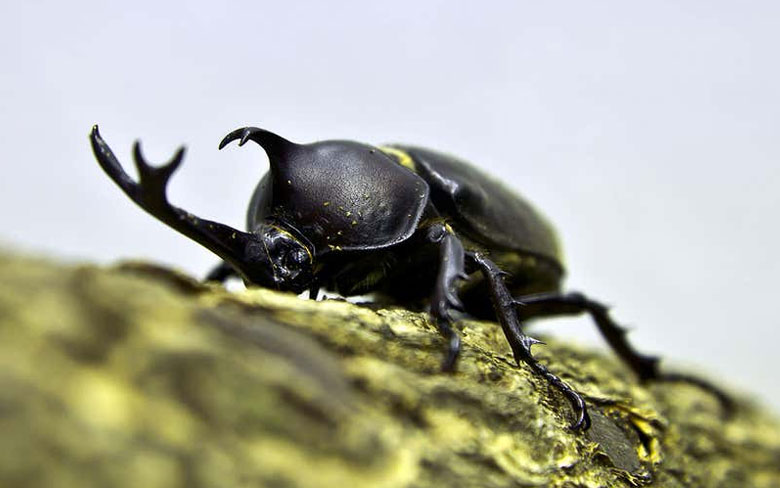 Considering the weight of a rhinoceros beetle, it can carry a huge amount of weights. They can carry 65 tons of weight.