Nowadays, people depend on energy drinks to get through daily tasks. Most of us cherish these chilled, fruity flavored, carbonated energy drinks in a variety of eye-catching containers.

There is also a category of people who are highly conscious about their health and reject these energy drinks. They prefer fresh juices over them, which are hygienic and don’t have artificial stimulants toxic for their body.

The following components are a part of our daily diet, but they can be hazardous if consumed unnecessarily or continuously.

The American Heart Association proposed that men should not intake more than 36 grams of sugar in a day.  For women, it suggests 25 grams consumption limit of in a day. It means one energy drink is enough for a day or even half, relying on which brand you choose.

Additives are most probably salt compounds, mainly containing sodium. Their increased levels are harmful to people who have blood pressure issues. Even their continuous intake can cause disbalance in the salt level of a person leading to other contagious health issues.

Taurine is an essential amino acid with antioxidant properties. It occurs naturally in the human body and regulates energy levels, heartbeat, and muscle contraction. Taurine, if intake in large amounts is safe as it causes no harm to one’s body.

Guarana plays an active role in enhancing the stimulation effect of caffeine. It is obtained from Amazon plant’s seeds. The amount of caffeine in it is approximately four times as compared to that of found in coffee beans.

Each brand also contains a mysterious chemical ingredient like inositol, L-phenylalanine, and citicoline, which gives it a unique taste. Studies have suggested that these chemicals can have a long-lasting effect on human health if consumed in large quantities.

Researches have shown that these drinks can cause temporary ailments like headache, increase in blood pressure extending to insomnia, anxiety, and heartburn and ultimately heart attack.

Researches have shown that these drinks can cause temporary ailments like headache, increase in blood pressure extending to insomnia, anxiety, and heartburn and ultimately heart attack.

Let’s have a look at the most dangerous energy drinks sold and consumed around the globe. 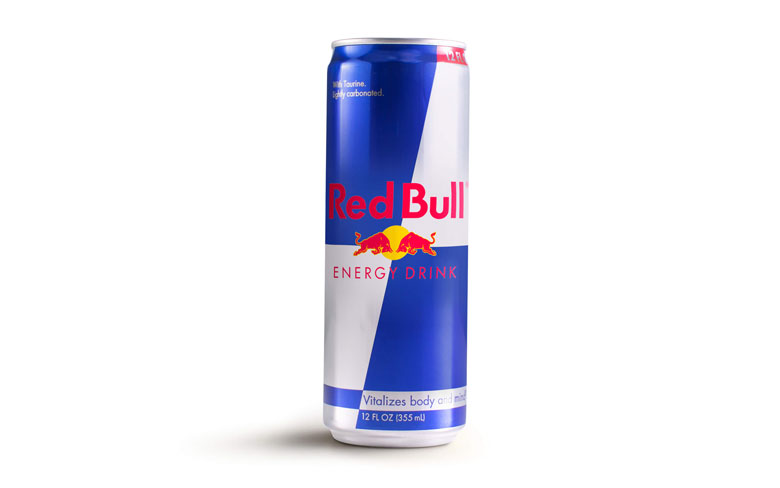 In the world, the highest market share of any energy drink is Red Bull. It is owned by an Austrian company, Red Bull GmbH, created in 1987. Its company slogan is “Red Bull gives you wings,” occasionally “No Red Bull, no wings.”

Though Red Bull is a famous beverage, studies show it can negatively affect one’s health. It can increase blood pressure and heart rate, may cause tooth decay, and increase the risk of type 2 diabetes.

As the drink is Monster energy, so the slogan is “Unleash the Beast.” It means you can do anything if you drink it. Monster energy contains 160 mg of caffeine in 16-ounce can.

Dub Edition, for example, is a European-style resealable can. The drink advertises as “high-performance fuel.” Half of the can contains 110 calories. Primary ingredients in this drink are L.- Carnitine, ginseng, taurine, and B vitamins. 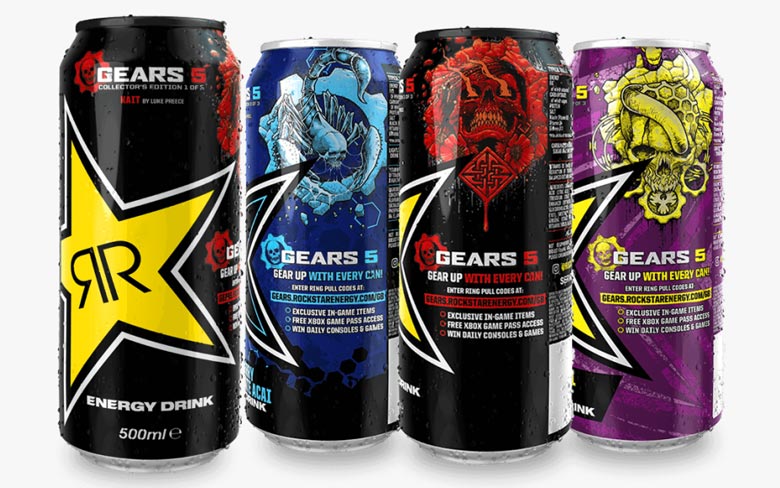 Russell Weiner was the former owner of the Rockstar energy drink company. He created it in 2001 and sold it to PepsiCo in March 2020 for about $3.85 billion. Nowadays, Rockstar is sold in 30 countries around the globe.

In a research conference of the American Heart Association, studies provided evidence that an individual may encounter cardiac problems or abnormal heart rhythms after drinking these beverages continuously. High consumptions lead to kidney failure and stroke. 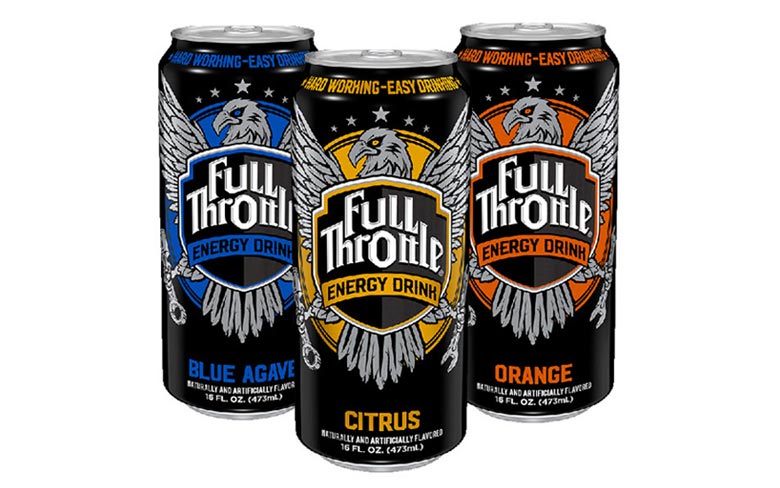 A can of 16-ounce Full Throttle Blue Agave contains 197 mg of caffeine, 70 mg sodium, 29 grams of sugars, 220 calories, and 28 grams of carbohydrates. Other ingredients of Full Throttle include citric acid, D-Ribose, sodium benzoate, vitamin B3, B5, and B6.

Full Throttle, if consumed in large quantities, can cause severe effects on the nervous and endocrine system. It also imparts in high blood sugar and cholesterol, leading to diseases like diabetes. 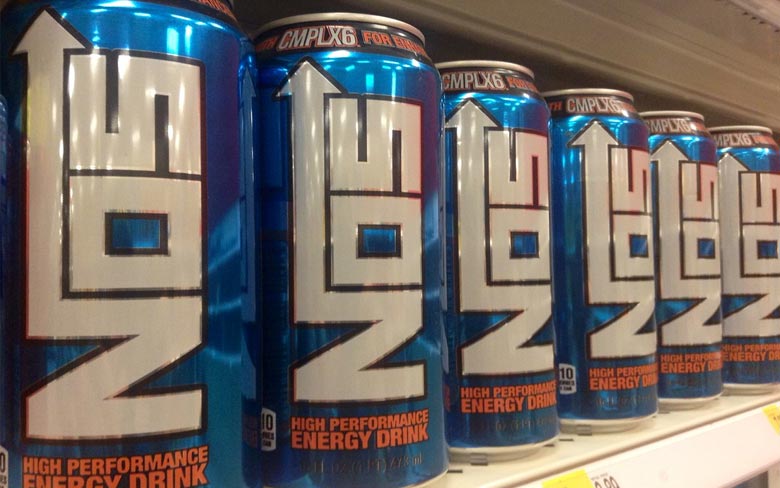 Monster Beverage Corporation is also responsible for the production of NOS energy drink. NOS has an eye-catching slogan, “You only live NOS. No nonsense energy for the gym.” 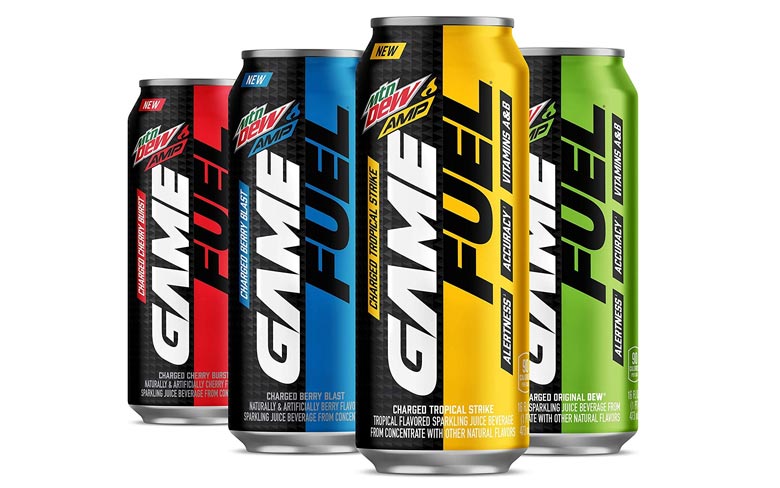 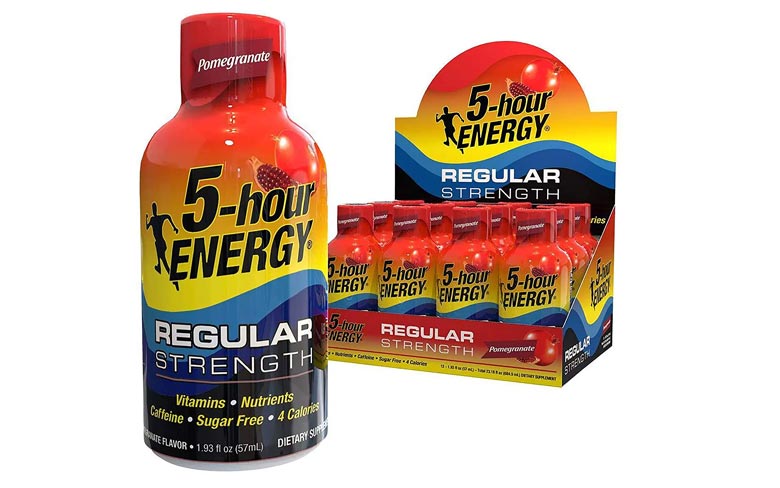 5-Hour energy causes severe effects such as vomiting, nervousness, trouble sleeping, higher blood pressure, nausea, rapid heartbeats due to too much caffeine. It is advisable to avoid more than two shots of 5-Hour energy drink. 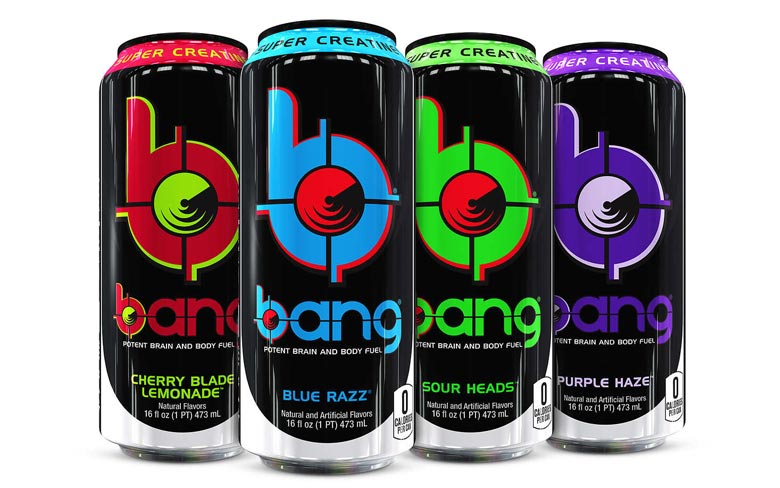 Bang is an energy drink brand, established in 1993. It contains stimulant compounds which provide mental and physical stimulation. Jack Owoc is the founder and CEO of Bang Energy. Its tagline is “Fuel your destiny.”

A 16-ounces of Cotton Candy Bang energy drink container holds 357 mg of caffeine. They have no added sugar, with zero calories and carbohydrates. 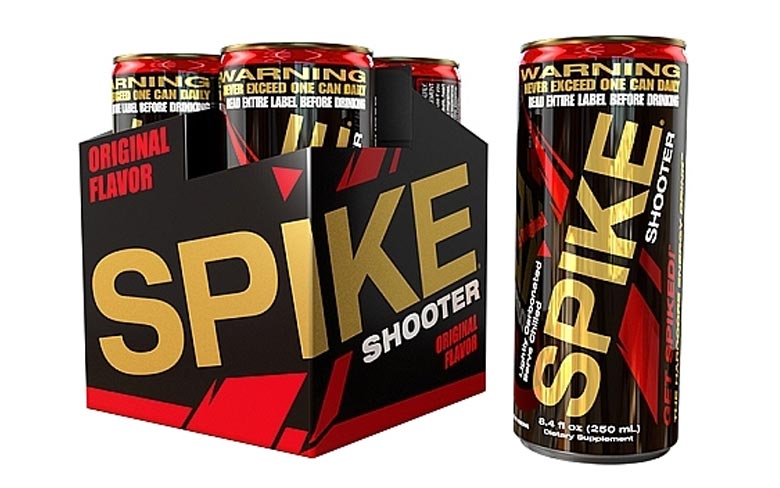 Spike Shooter energy drink sold by SPIKE LLC of Colorado Springs. It is a concentrated energy supplement produced by Biotest. Spike Shooter contains bulk quantities of caffeine and additional stimulants, which can be harmful to one’s health.

Its chemical ingredients are caffeine anhydrous, Carmel color, sodium citrate, sodium benzoate, sucralose with no sugar and zero carbohydrates and calories. The caffeine content in Spike Shooters is 300 mg per 8.4-ounce can.

The label suggests beginning with only half serving to calculate the body’s tolerance. It is prohibited to drink more than one can once a day.

To conclude, one should not be habitual to intake energy drinks as the excess of everything is bad. Everyone should keep a balance and read the labels before consuming an energy drink.

Instead of using energy drinks, fruits and fresh juices can keep oneself with an active metabolism.