Fishes are loved by everyone. Whether we go fishing or enjoy them in an aquarium, we simply love the sight. But there are some species of fishes which are not only extraordinary, but they are mortality dangerous as well.

Shark belongs to that species which prey on other fishes and human, and they have been rated deadly predators among fishes. but I am sure that you are not aware of the different types of sharks and how dangerous they can be.

Today we bring you the list of top 10 most dangerous Sharks on the world. Let’s learn about them. 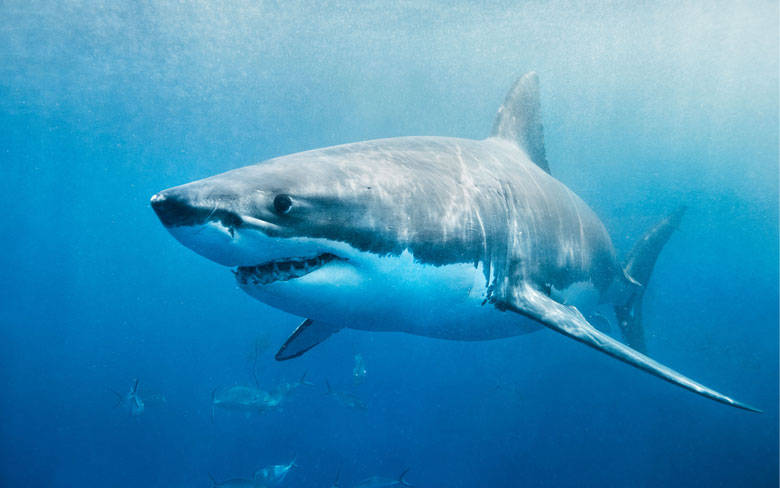 The most recognizable and by far the most dangerous shark is named as Great White shark. It weighs up to 2450 pounds which is extremely heavy. This shark is found in all parts of the world, but it is present in large quality in the regions of North America, southern Africa, and Western Australia. They have extremely sharp teeth which are like arrowheads. The zigzag teeth pattern is very helpful in tearing the flesh in a single bite, and this gives a huge benefit to the shark when they are attacking. Their attacks can be estimated as half to a third of all reported attacks by sharks. By some report it was declared and proven right at every year, almost 10 – 15 people die due to the attack of Great White Shark. 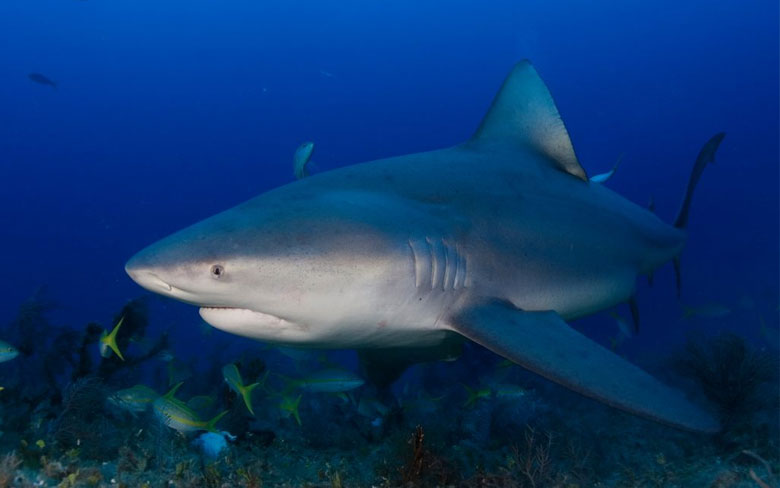 If you are going for a swim in warm, shallow waters and there has been a warning for the shark attack then be careful as you can encounter Bull shark. It stays in warm water near the shores as all human attacking sharks do. These sharks can be found all over the world, and interestingly, they have developed a tendency to stay in fresh water as well. They have an attacking technique where they bump into their prey and check it whether it is good enough or not. If they are satisfied with the bumping, then they attack instantly and bite away. 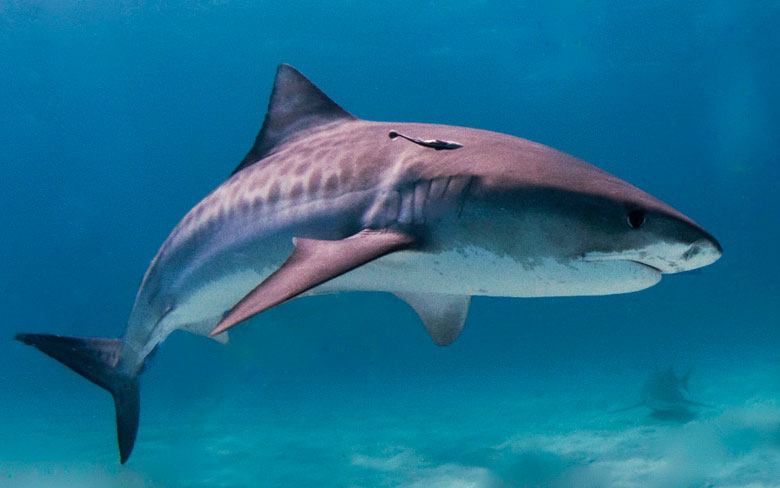 Tiger sharks are known for their humongous size and an enormous appetite. They like to stay close to the shores and keep hunting for humans. They are extremely dangerous to divers and swimmers as their size and habit of stay near the ocean’s surface can make their prey baffled. Since they have a huge appetite, their attacks are always increasing.

Another aggressive shark which can always be found swimming near the shores and around the surface of the water. They are always looking for their preys. They like to live in warm, shallow water. They also do the hunting in groups but when eating in a group, the aggressiveness is heightened, and they can get in fights with other sharks as well. Another interesting fact about Oceanic Whitetip shark is that although not having fast speed, they can burst into speed when needed while attacking. 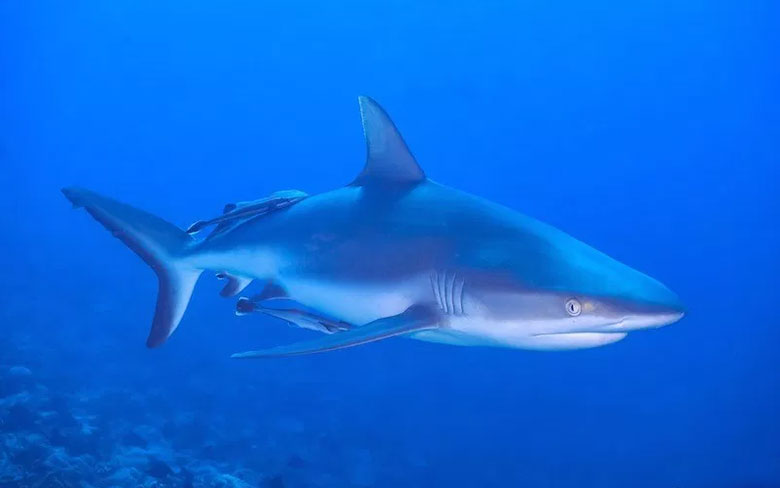 This shark inhibits the behavior of sociality, as they are naturally very curious. The divers can get into the water and stay around them if they are fulfilling the shark’s curiosity. If the grey reef shark feels threatened, they bend their body in the form of ‘S’ and hints out that it is about to attack. They like to hunt during the day time, but in case they feel hungry in the night, they can feed on octopus, squid and other crustacean creatures. 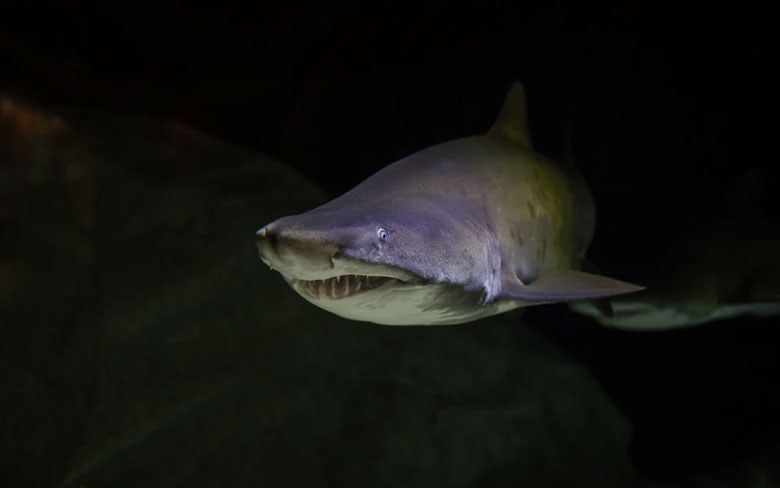 This shark is found in shallow water, but it can also dive up to 656 feet. This shark has the fiercest face among all sharks, and it is mainly because of its big large teeth in its mouth. Despite the aggressive and mean look on its face, it is a peaceful shark which does not attack until or unless it is provoked. It can become as deadly as a White shark when threatened. It is commonly found in the waters of the Indian Ocean, the Pacific Ocean and the Mediterranean and the Adriatic Sea. 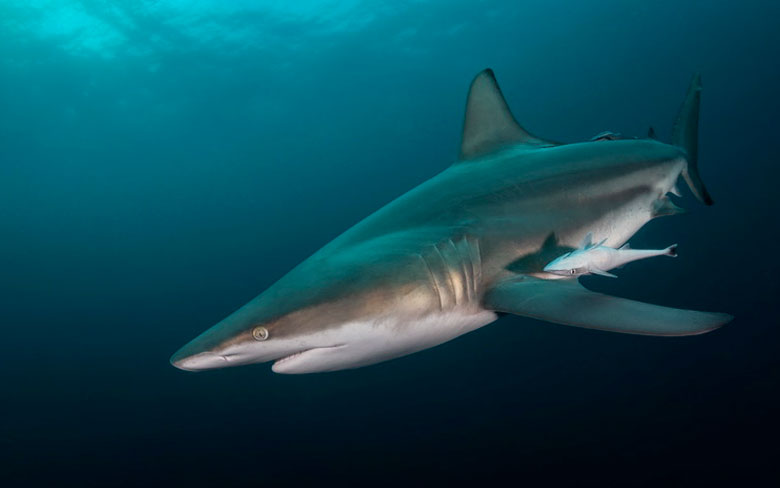 These sharks have been known for almost 16 percent of a shark attack in the State of Florida. There have been reports where these blacktip sharks have attacked people in the regions of Atlantic and Gulf Coast of the US and also in South Africa and the Caribbean. They are not massive sharks with 5 feet in length and weight being 40 pounds. Their attacks usually result in bites which can easily be treated but they tend to attack, and this makes them dangerous to humans. 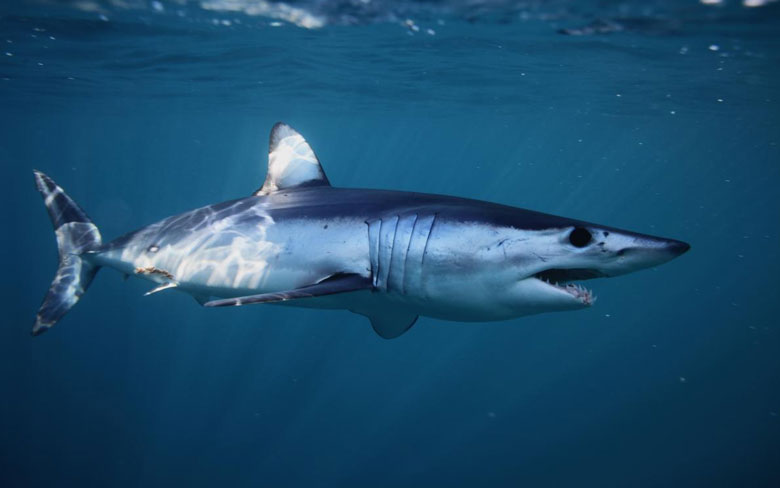 This type of shark is the fastest among all sharks. It is due to their body build which is like a torpedo and that allows them to swim faster. Aggressive by nature, they get easily provoked. They can smell blood, and that makes them even more dangerous. There have been reports about these sharks freeing themselves from fishing lines and attacking fishermen. They have been attacking fishing boats due to their hostile nature. 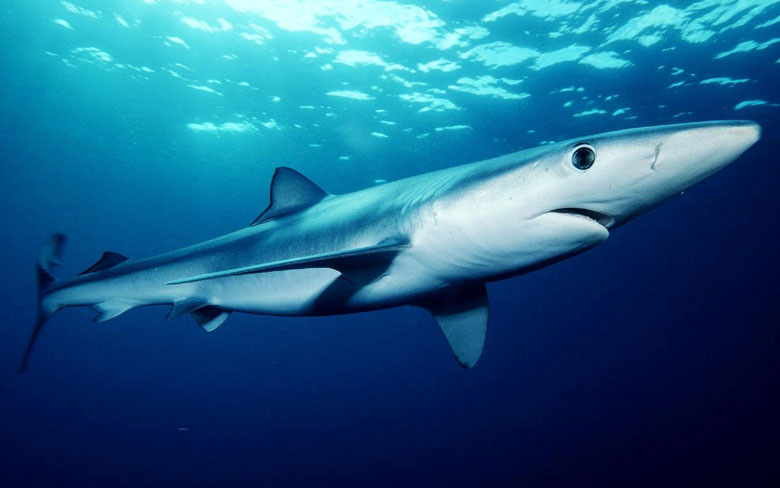 These sharks are known for their greedy nature. They love to devour any tings from anchovies to sardines. Even sea turtles, seals, and squids are not safe from them. Basically, anything that moves can become a part of their meal. Due to this nature of theirs, they keep attacking small fishing boats and sea divers. 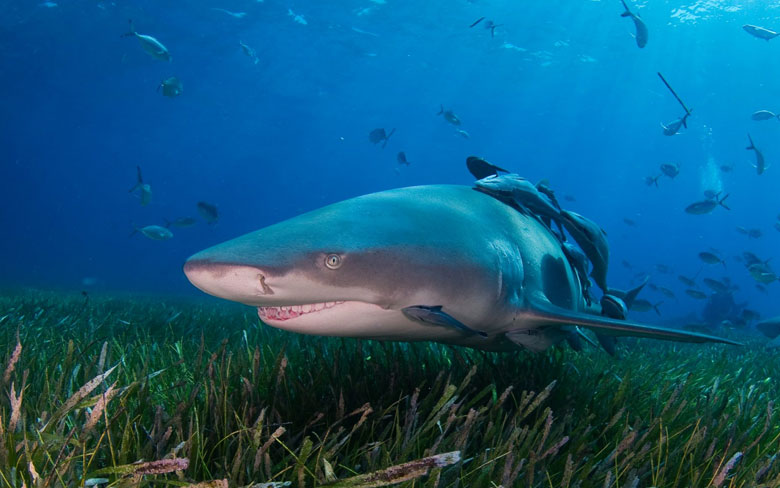 Perhaps the most peaceful shark in this list but due to its large size and habit of preying on other sharks, it is included in this list. Large sea birds and squids are also part of its eating routine. Since it does not attack humans on their own but if they are teased and chaffed, they will not hesitate to cause serious injuries or even deadly ones.

Top 10 Most Beautiful Flowers In The World