Fishing has been the favorite hobby of man for the last 40,000 years. Most people earn their bread from fishing. Many others do it for fun, and credit for this sports-fishing goes to various fishes available on the earth.

Multiple species exist, and a few of them has also become extinct. All of these species vary depending on their size, habitat, breed, and many other characteristics.

During sports fishing, it is might possible that you might encounter the most significant fish present on this earth. It can be surprising for you that sharks are one of the largest fish in the world. Among the 30 biggest fish available in this world, 17 fish are sharks.

You can dive into this piece of information to get information about the biggest fish of this world!

Biggest Fish In The World

The following are the biggest fish available in this world: 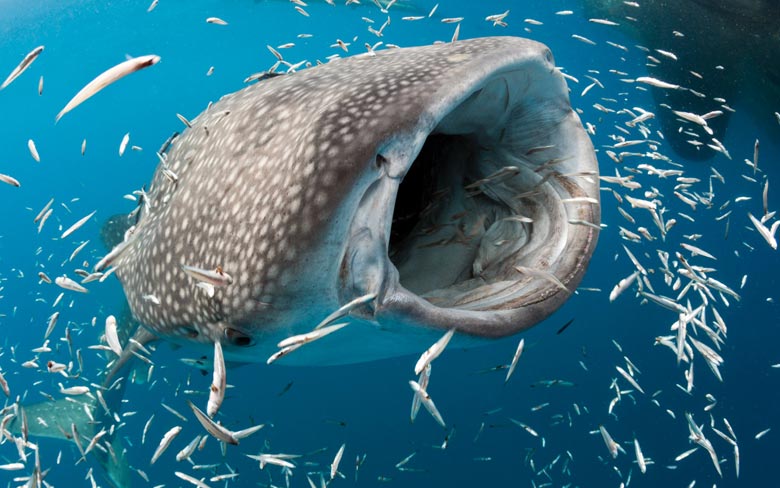 Rhincodon typus is known as a whale shark, is one of the largest fish living today. The fish weighs more than 21.5 tons and can grow up to 41.5 feet. Whale sharks are the largest non-mammalian vertebrates species that are present on this planet.

You can find the whale shark in warm tropical oceans. The fish can live for more than 70 years. However, these fishes are enormous but do not cause any threat for your large-sized species.

The whale shark feeds on plankton, and for now, and labeled as an endangered species. Vessel strikes, bycatch losses, and low multiplication rate are very threatening for these animals’ future survival. 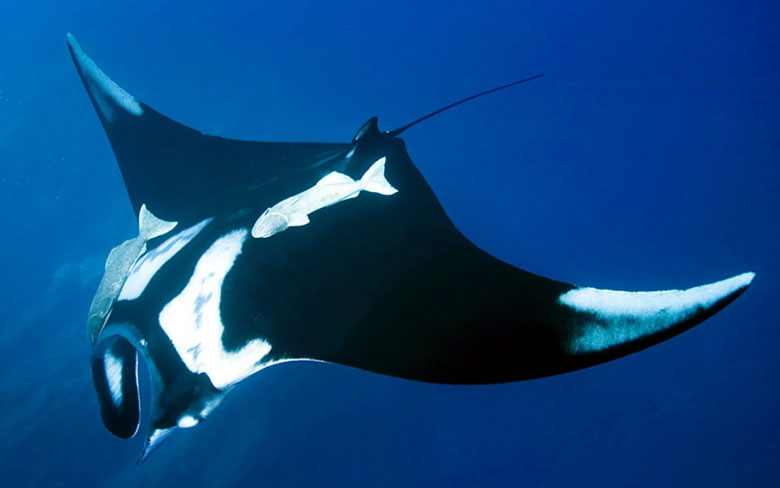 Manta birostris grows up to 23 feet, thus becomes just a few inches shorter than tiger shark. So, this way, the giant oceanic manta ray becomes the fifth largest fish on this planet.

Fish used to eat plankton and weighs up to 3 tons. You can find them in tropical and subtropical oceans very easily. Most of the time, fish swim in groups, but they can also swim alone.

You can witness a sharp decline in the number of giant oceanic manta rays, and human activities are the primary reason for this decline. Man is habitual of irresponsible fishing, and as a result, the number of fishes is decreasing day by day. 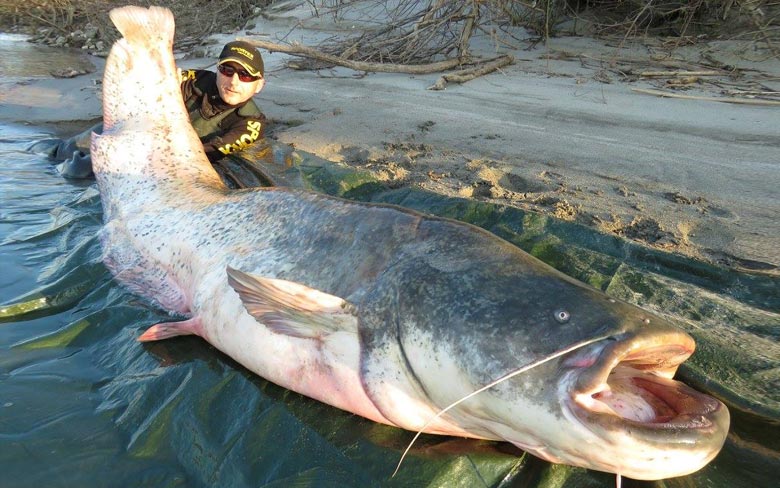 You can find multiple species of catfish that can grow up to giant sizes, but no one can be as big as Mekong Giant Catfish is. You can find this fish in Southeast Asia. The fish can grow up to 10 feet and weighs more than 650 pounds.

Because of their size, they are more susceptible to have preyed on. Therefore, in the present day, the precious animal is considered an endangered species and will become extinct in the coming years.

Fortunately, different dams have been constructed at Mekong River, and as a result, the fish feel a little bit protected. So, now you can see these fish for a long time. 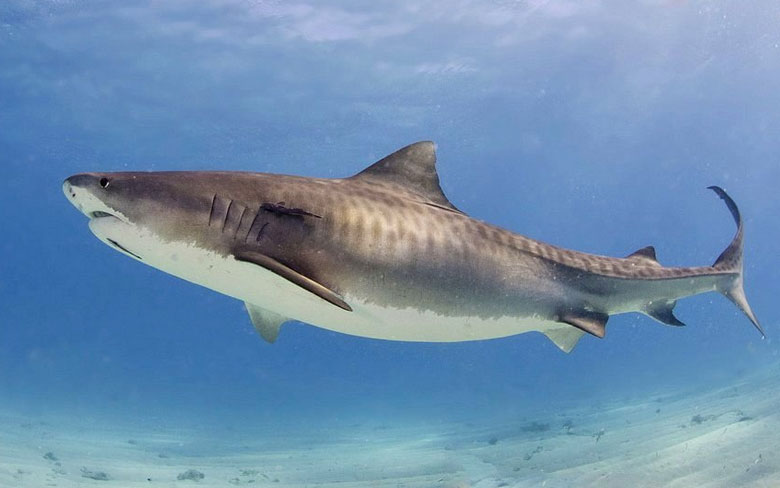 Galeocerdo cuvier, commonly known as tigerfish, is the fourth largest fish on this planet. The fish weighs about 3 pounds and can grow up to 16 feet.

The fish is present in the tropical and temperate oceans, and you can found great colonies of tigerfish there. Besides it, many tiger fish is also populated around an island in the central Pacific Ocean. 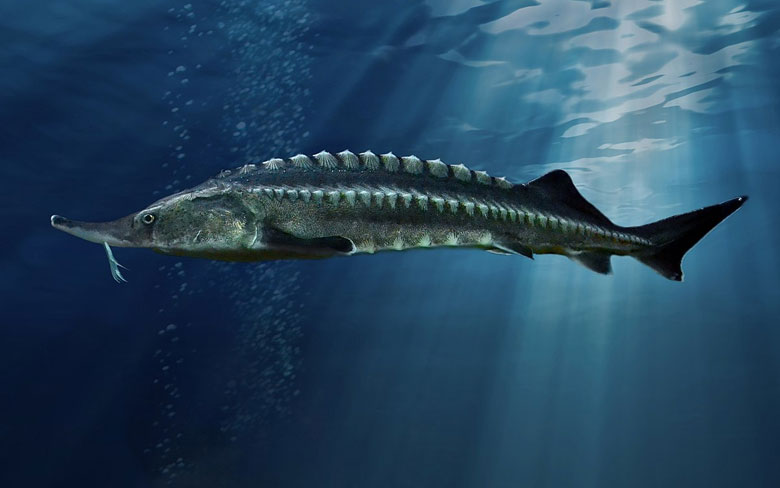 The fish belongs to the sturgeon, who are the inhabitants of the Caspian Sea and the Black Sea. The fish can live up to 100 years and keep on growing throughout its life. Undoubtedly, the beluga is the largest fish of freshwater bodies.

The fish can grow up to 24 feet and weighs more than 3500 pounds. Beluga is the largest bony fish on this planet.

The fish start their lifecycle from freshwater but live in the saltwater as adults and again go back to freshwater to spawn. The number of belugas is constantly decreasing. Therefore they have been declared as endangered species. 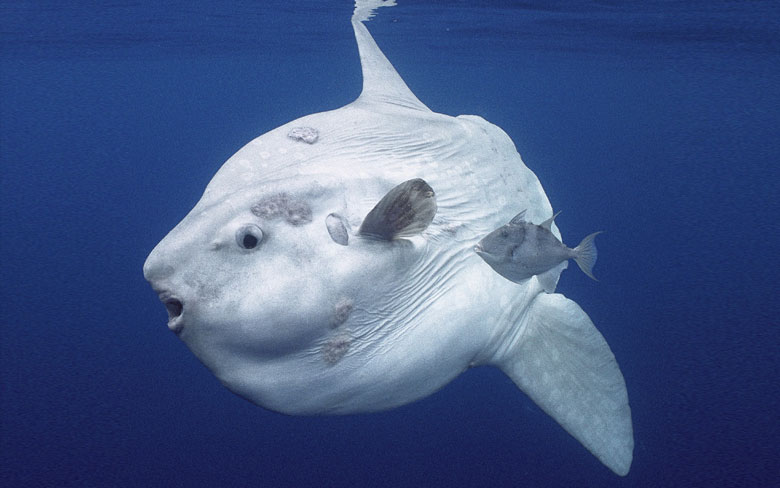 Mola mola, or ocean sunfish, is one of the largest bony fishes present on this planet. An adult can weigh up to 2.3 tons and grows up to a maximum of 10.8 feet. The fish has a unique shape as it can attain a height just equivalent to its length.

The fishes are available in the temperate and tropical oceans and get their nutrition by eating sea jelly. There is no specific predator for this fish, but human activities are a significant threat to this precious animal. Therefore, these animals have been labeled as vulnerable by IUCN. 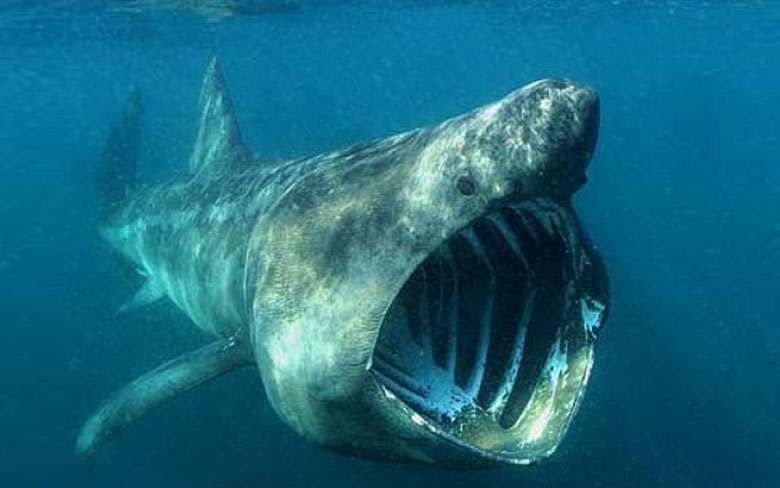 The fish has some record-breaking features, but above all is the habitat of the Greenland shark. The fish lives in extreme weather conditions where the temperature ranges from 2 ° Celsius and 7 ° Celsius.

The fish has several features, which makes it a very unique and exceptional creature. The fish is present at 8th number because of its largest size.

The fish can live for more than 400 years. But as the fish lives in marine water, the flesh of the fish becomes highly toxic, and parasites are stuck to the eyes of the shark. 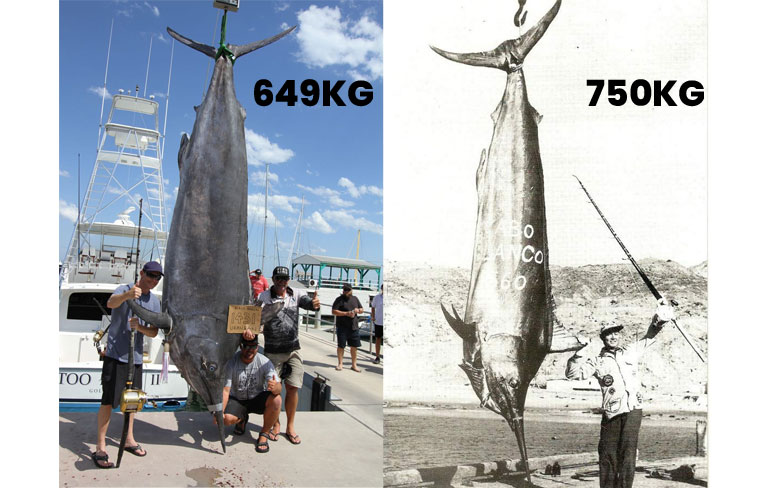 You can find black marlin in the Indian and Pacific oceans. Well, fish can exist in the tropical and subtropical regions without any stress. The fish can cover several miles in few hours as it can swim at an appreciable speed of 80 miles per hour.

The fish can be up to 4.65 meters and weighs about 750 kg. It is not only the giant marlin but also one of the largest bony fishes on this planet as well.

The fish gets its nutrition by eating other fishes or cephalopod. The fish can also eat tuna, snake, and mackeral as well. 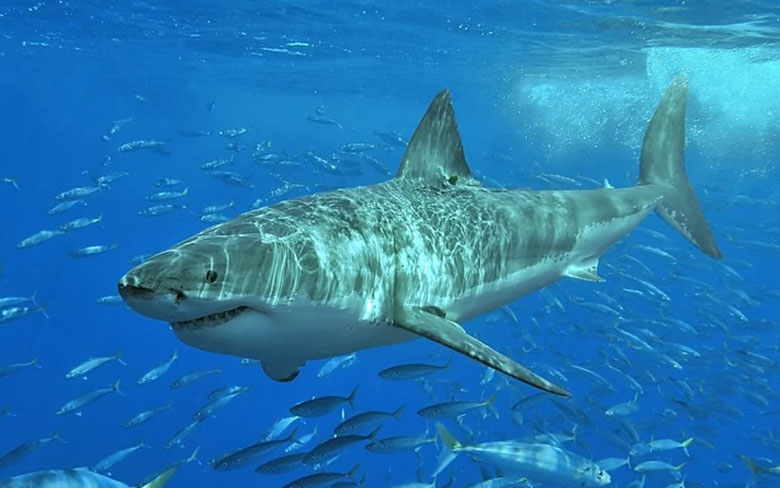 Carcharodon carcharias or great white shark is available in the coastal water of all the oceans, with a temperature range of 12 to 24 °C. The fish can grow up to 20 feet and weighs 3.3 tons.

The fish can live for more than 70 years. The fish is most of the time attacked by a human due to its habitat as the interaction of human beings around the coastal areas is very high.

Fish used to eat seabirds and other animals to get the required energy. The fish is at higher risk of being killed by the killer sharks.

Cetorhinus maximus can grow up to 26 feet. The weight of this giant fish can be up to 19 tons, and thus, it becomes the second-largest species on this planet.

The fish keep on migrating from one water body to another, but you can find this species in the temperate ocean most of the time. The fish prey on plankton and gets all of its prey from the surface of the water.

The fish used to bask in the sun near the water surface, therefore commonly known as the basking fish. The fish is vulnerable species and has been exploited commercially for several years for shark liver oil or shark fin.

Well, the ocean is not only the place to find the fish. You can also get them in freshwater bodies. The fishes can grow up to giant sizes surprisingly and capture the attention of many because of their large size, weight, and other unique features.

Hopefully, this article would have helped you know a bit about these unique creatures present on our planet!