Goats are magical creatures and are a gift to humanity as they provide us with meat, milk, and their fur is used in many exclusive items. Goats are loving and friendly animals, and many people like to keep them as pets.

So, whenever you hear that goats are dangerous and wild, it is a bit hard to believe, but trust us on this one because some breeds of goats are most dangerous. In this list, we will discuss some of the most aggressive and ruthless goat breeds. 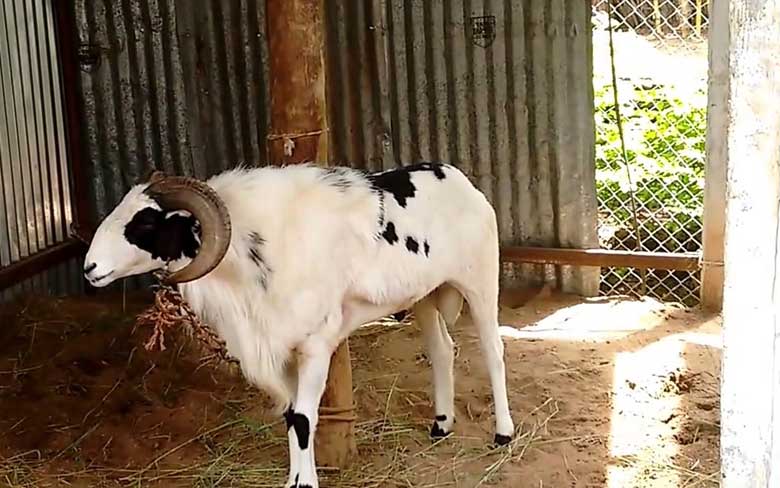 The Madurai goat is native to India and is a complete monster. The Madurai is very aggressive and hard to tame. This 154 lbs goat is mostly used for fighting because of their dynamic nature, and people like to place bets and make the goats fight.

The Madurai has a sturdy and robust build with a pair of solid horns, and the sheer power of the beast can seriously injure a person. 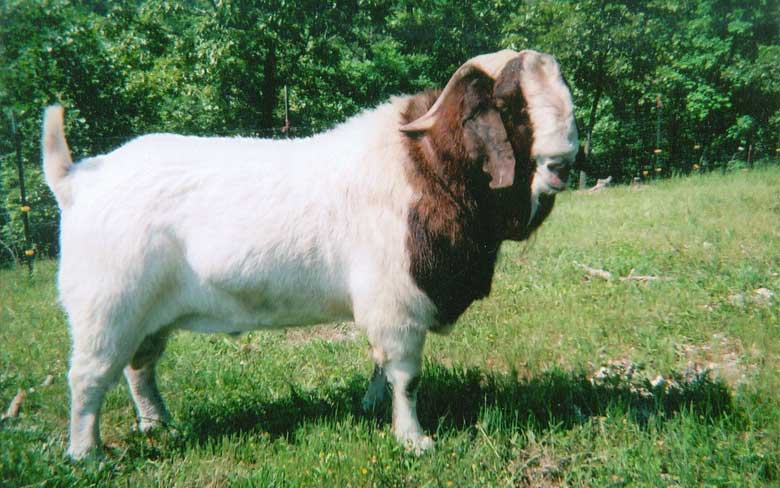 Coming in at the second place, we have the South African Boer Goat. The Boer is a complete package of tremendous strength, agility, and beauty. Their meat is also considered as the best in all goat breeds because of its low-fat percentage.

The Boer is bred for its meat, but that doesn’t mean that it will go down without a fight. It is a ruthless and aggressive goat and will surely attack anyone in its path.

Mostly, the Boer goat has a brown colored head with a white body, but some of them can be completely white or completely brown. 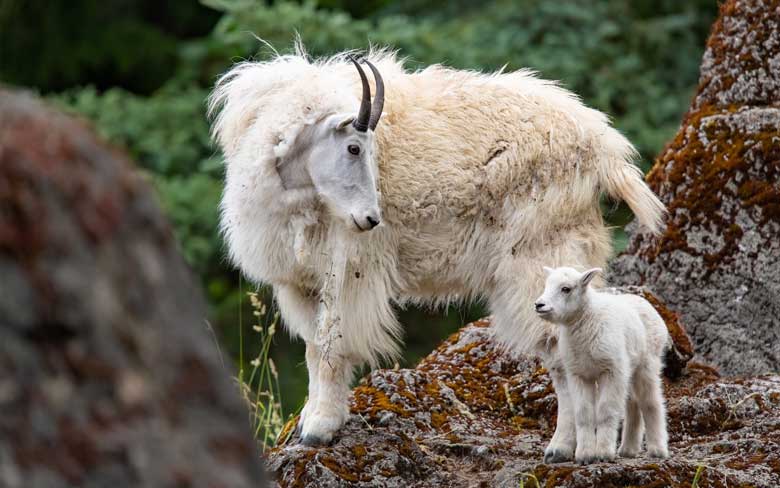 The Mountain Goat is a fantastic animal; it is a territorial animal, and just like the name suggests, it can be found in the mountains.

The Mountain Goat is a very aggressive animal as it has lesser contact with humans as compared to the other goats on this list. The Heavy fur on the animal is considered the best when it comes to the warmth that is why the mountain goat can survive the harshest weather conditions in the mountains.

It has a muscular and robust build with a pair of extremely sharp and pointy horns that can pierce with ease. All of these characteristics make the Mountain goat a killing machine. 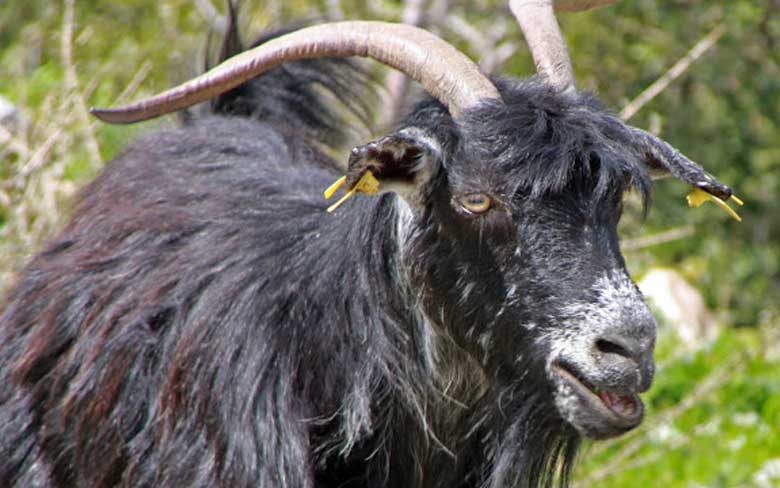 At number 4 we have the Anatolian Black goat. It is a short black colored goat with small ears and sharp curved horns and is very aggressive in nature.

The Anatolian Black is mainly bred for meat and milk, but the beast itself is very unpredictable and can attack at any moment if provoked. 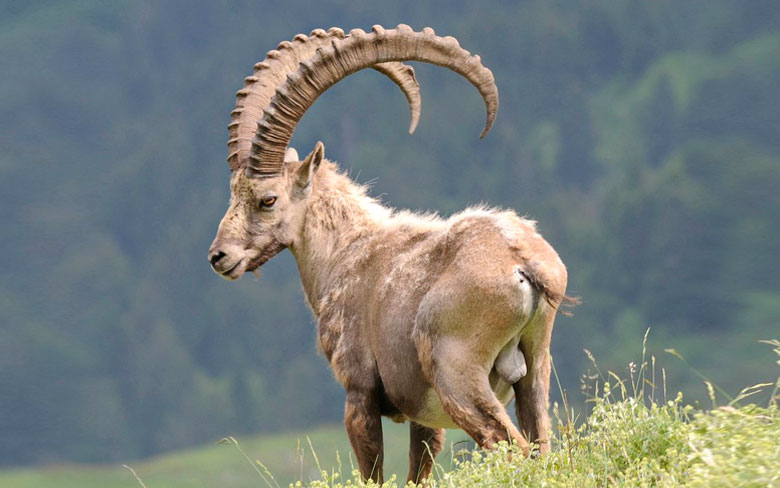 The Ibex Hybrid is an offspring produced from the breeding of a wild goat and an Ibex, these animals are commonly found in the regions of Europe and South Asia. The Ibex Hybrid is a stunning animal with its powerful and beautiful horns and its color.

The goat generally doesn’t attack people, but if provoked or disturbed, it can get very aggressive and dangerous. The Ibex Hybrid is used in the hunting sport as a trophy. 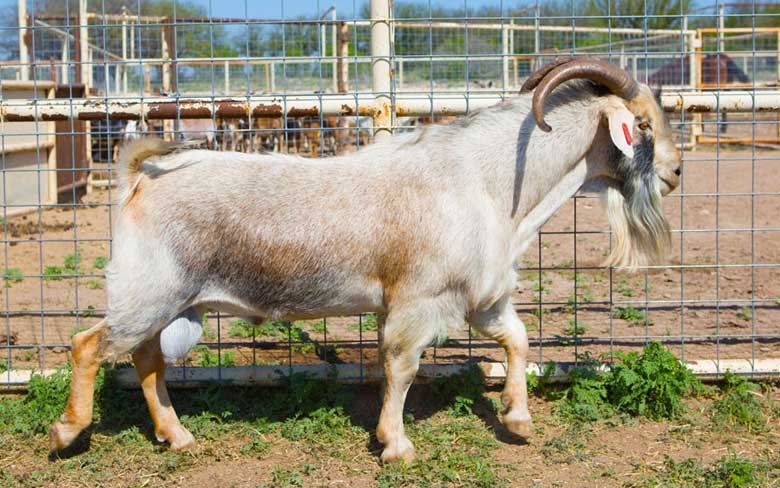 The Spanish goat is a small-sized goat found in the regions of the United States of America and parts of Mexico. It is a domestic breed, mostly bred for meat and milk. It is locally known as the scrub goat or the bush goat.

The animal looks very cute and harmless, but looks can be deceiving. The Spanish goat has an aggressive nature, and if provoked, it can attack anyone. It has normal-sized horns and a small, sturdy body and can survive in the extremest of conditions. 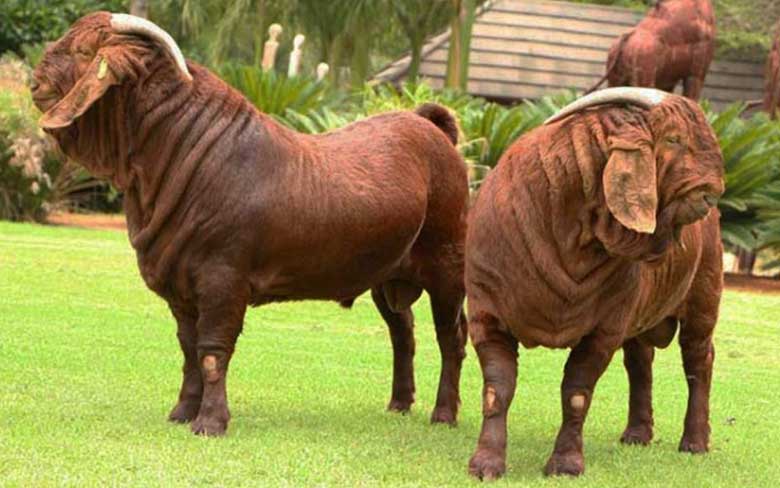 The Kalahari Red is by far the most aggressive and short-tempered goat on this list, it can attack without hesitation and does not back out from a fight.

The Kalahari Red originates from South Africa and has a strong muscular body with thick skin, and just like the name suggests, it is red in color. It is one of the most dangerous goat breeds in the world. Hence ranking number seven on our list. 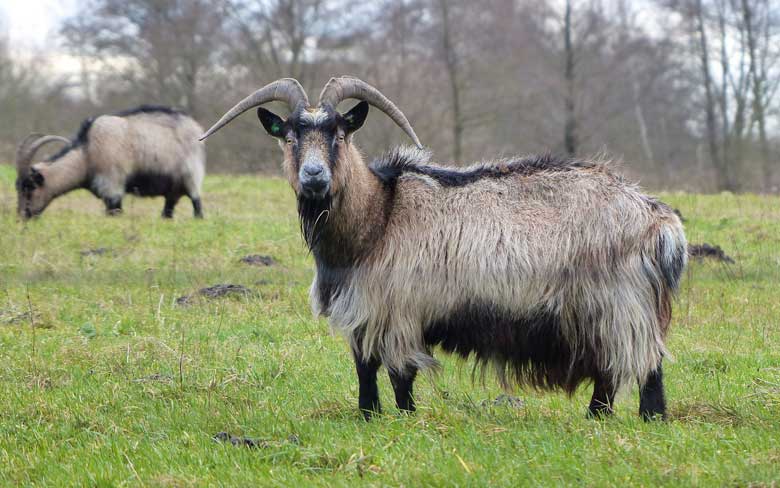 The Dutch Landrace can scare anyone away just from the looks, this goat looks like it came out of a sci-fi movie. It has long, sharp horns and an extraordinarily thick and long-haired coat.

This breed originates from the Netherlands and can also be found in parts of Europe. The Dutch Landrace is extremely dangerous and aggressive, and it can even attack its owner without any hesitation. 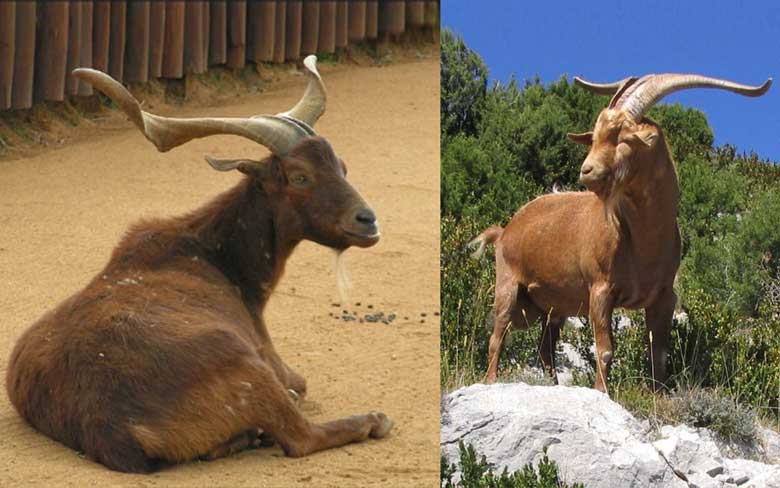 The Rove is an ancient French breed and is one of the first domestic breeds of goats. It is mostly used for its milk and meat.

The goat has an average height and a regular build, but the feature that stands out the most and is the reason for this goat placing number 9 on our list is the goat’s horns. The Rove has a pair of astonishing horns that stand up to 4 feet tall. 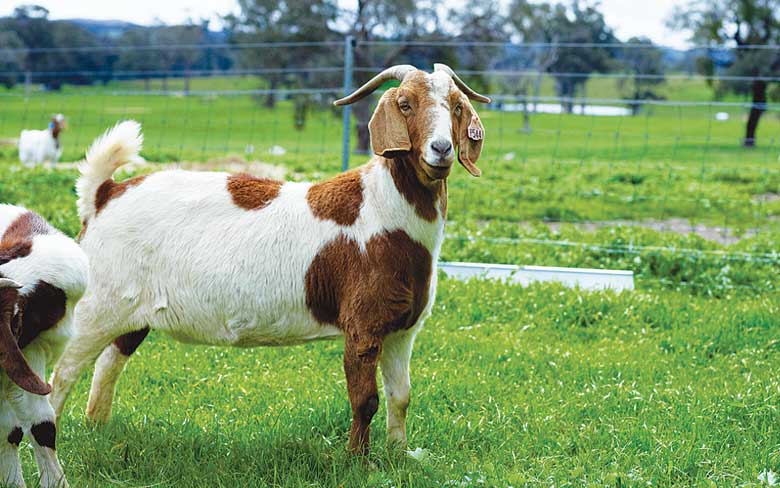 This Australian domestic goat is famous for its meat, which is eaten almost everywhere. The Rangeland is a small goat with powerful and average-sized horns; it is very agile, quick, and packs a lot of strength, and when you add it up, the power combined with the speed of the goat can pack one strong punch. 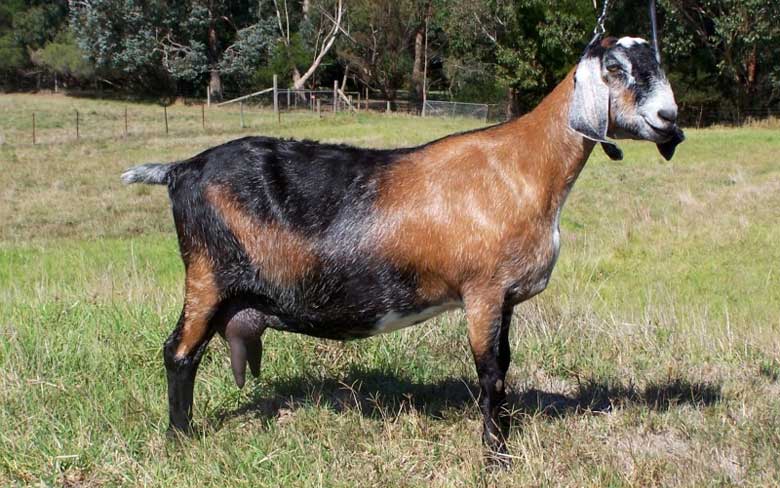 Anglo-Nubian or the Nubian goat is a British Goat but can be found in many Middle Eastern and Asian countries. The goat has large ears and has no horns, but still, it does not hold back. The hard skull of the goat can be very dangerous, and if provoked, the Anglo-Nubian will attack.

This completes our list of the most dangerous goat breeds in the world. So, if you are planning to buy a goat, just make sure you are purchasing an innocent one because not every goat is harmless and cute.