Who said loveable things only come in small packages? Large cats are just as cute and cuddly as small ones; all you need is a big heart and a big lap!

Cats have so much to offer as one of the most popular pets throughout the world, and any cat-person can understand that. Coming home to hug your cat is what gets people through their stressful Mondays and tiring weekends.

Undoubtedly, large cats have so much to offer to their owners. The joyful look on an owner’s face while playing with his/her cat cannot be simply described in words.

So if you were considering making an addition to your family, go for the larger cats!

If you don’t know which breed to choose from, don’t worry! This article is for you.

Following is a list of the largest cat breeds in the world. Make sure you have enough couch space available because you may be getting one right after reading this. 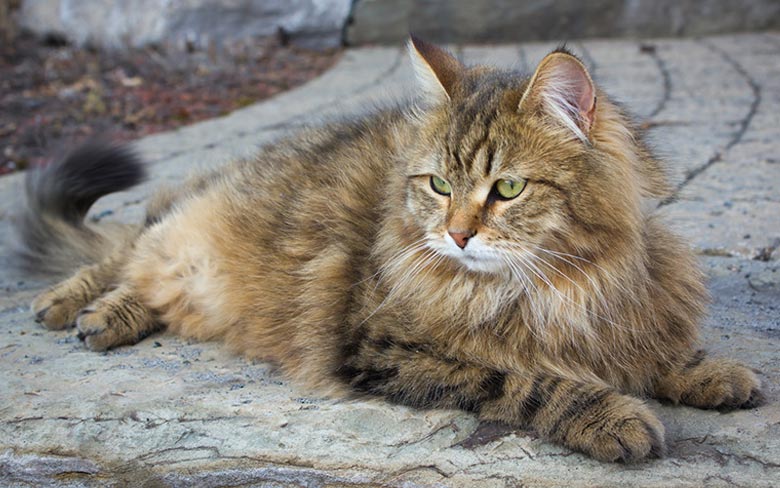 This cat breed was first reported 1000 years ago in the mercilessly cold climate of Siberia. That is where this native Russian cat gets its name.

The Siberian Cat can weigh from anywhere between 8 and 17 pounds and can grow up to 25 inches long! This is why they are slow to mature and may take as long as five years to reach cat-adulthood.

Don’t mistake their sturdy appearance for lack of feline-friendliness. The Siberian cat is known for its sweet expressions and is most definitely family-friendly! It may have naturally developed a thick coat that won’t come in the way off your snuggles and cuddles! 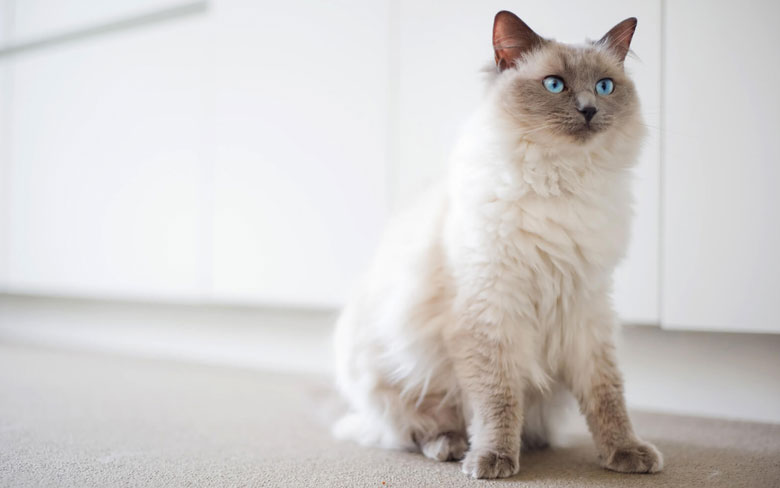 Ragdolls are a particularly friendly breed. They can befriend almost anyone old or young, cat or not. If you have children and elderly living with you or have other pets, the Ragdoll is the best option as it is a companion to all.

Just like their hearts, Ragdolls themselves are massive too! Males can grow over 20 pounds, and females range from 10 to 15 pounds.

Unlike many cats in our list, the ragdolls aren’t ancient breeds but rather got developed in California, USA by cat breeder “Ann Baker” in the 1960s. 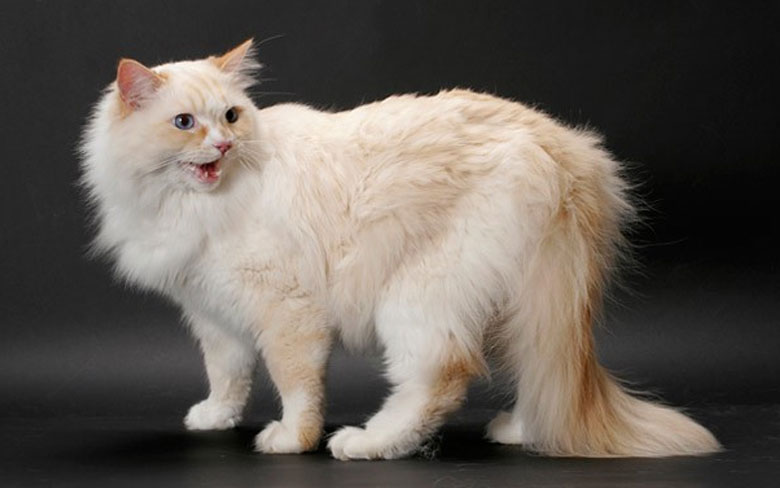 If the name sounds all too familiar, then that’s because it is! Ragamuffins are related to the cat breed “Ragdoll” and have inherited the title from them. Ragamuffins can grow up to 20 pounds (males) and 15 pounds (Females).

They grow to weigh as much as two vacuum cleaners, and their eyes are also noticeably large. But don’t let their size intimidate you from petting them because Ragamuffins are known for their docile and loving nature. Savannah cats are a particular taste; if you are looking for a companion to be there in the background minding their own business, it’s probably not the cat for you. Savannah cats are high energy cats that want an equally active owner.

They can grow from anywhere between 8 to 20 pounds.

Like babies with curios and sometimes mischievous brains, Savannah cats are always up to something. Don’t be surprised if they make a home on a high bookshelf, owing to their high range jumping abilities, or make you start believing ghosts by learning to run the faucet. 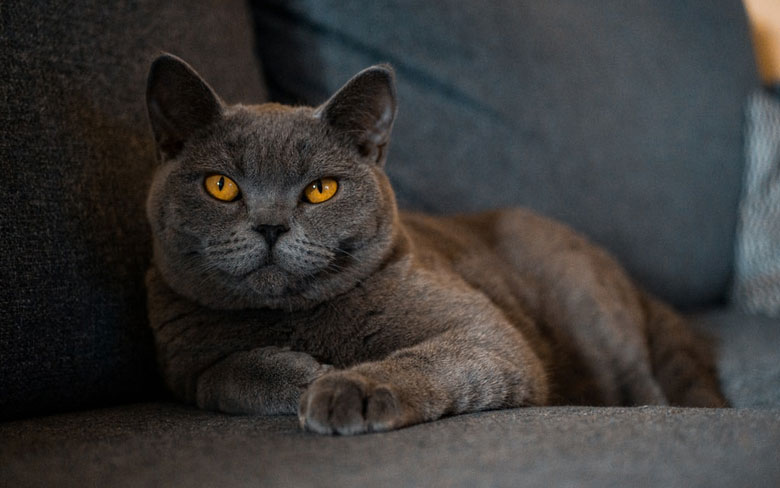 As the name suggests, British Shorthair has the characteristics you would find in British folk; quiet voice and reserved demeanor. This silent admirer can grow up to weigh 17 pounds and 25 inches (although they grow is lengthwise rather than height).

The British Shorthair has a particular and unique skin, a vibrant and attractive coat with short and dense hair. Their skin sets them apart from other cat breeds.

Fun fact: Blue haired coats are most common among the British shorthair and can even develop different shades and patterns! 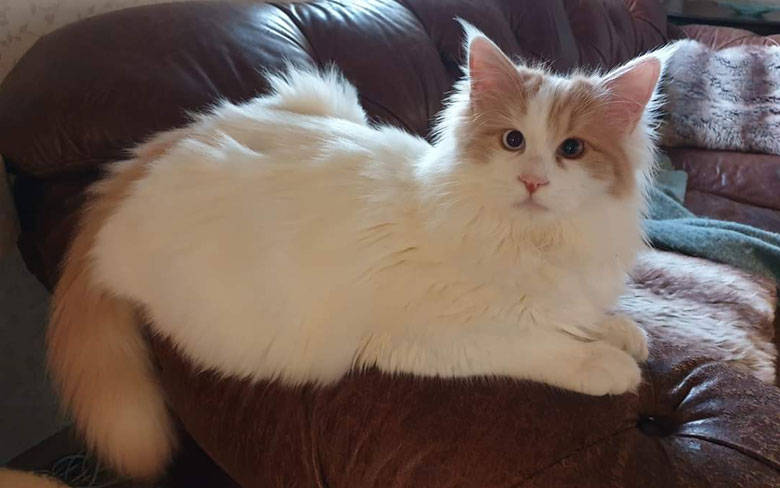 Given the nickname “Swimming Cats” by their native land locals, the Turks, Turkish Van have iconic tails and ears. Their white furry bodies give them a sense of royalty and purity. They can grow up to 18 pounds upon reaching adulthood.

Their royal appearance my lead you to believe that they are docile natured, in reality, they are anything but! Turkish Van are known to be athletic, so be prepared or them to jump at you when you come home from work.

Interestingly, Turkish Van can develop powerful bonds with their owners, and if you are a cat-person, they may get talkative in search of attention. 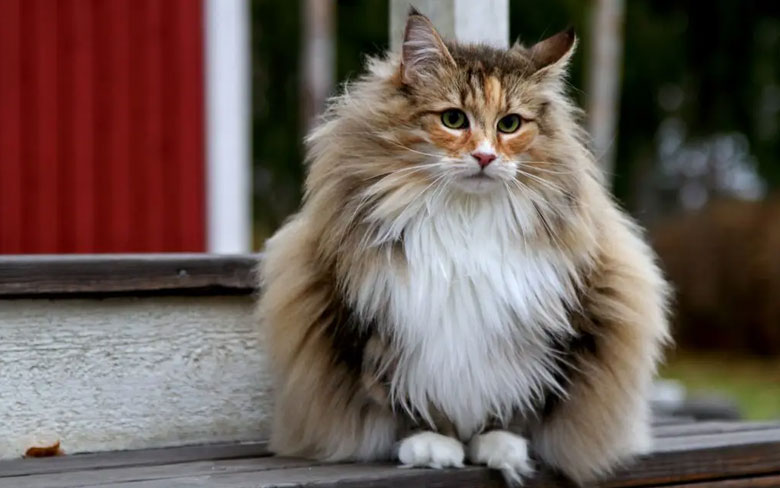 The Male Norwegian Forest Cat finds its spot in the largest cats list since the females are generally small; males grow up to 22 pounds while females reach a maximum of 8.8 pounds. If the name feels like a mouthful, you can always refer to them as “Wegies.”

Male or female, the Norwegian forest cat breeds have a poufy appearance and glowing, bright eyes. Their magical presence places them in many fairytales and Norse legends. According to one, six Norwegian cats pull the Norse goddess Freya’s chariot.

If you are an owner of a Wegie, you need not worry about your cat getting stuck on a tree because they are a natural climber. They are a smart breed of cats that quickly learn to be independent, a quality we can all admire. Anyone who likes afro-hair styles would be fascinated by the Selkirk Rex. Their trademark thick curls with a wool texture often get them compared to sheep. At full growth, an average Selkirk Rex would weigh between ten and fifteen pounds.

Selkirk Rex was named by its first breeder Jeri Newman, who named the breed after her stepfather, making it one of the rare breeds named after a person.

Their personality is a mix of cheery and playful cats and docile and reserved ones. They wouldn’t deny you a cuddle but also enjoy their own company. 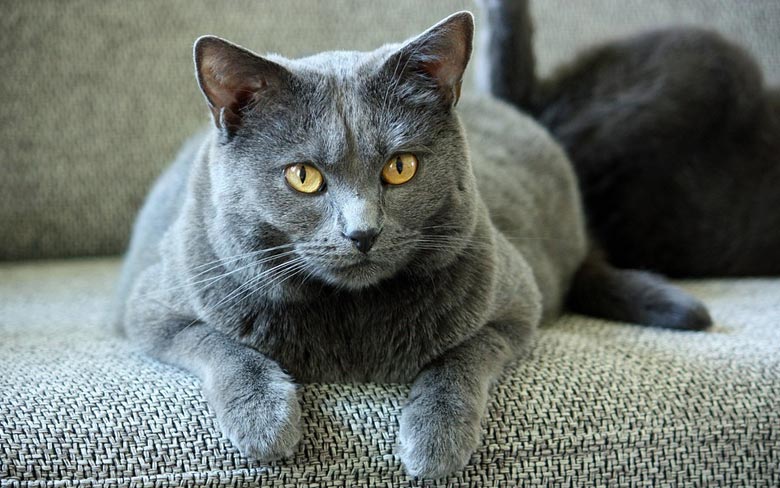 If the qualities of silence and attentiveness took the form of a cat, it wouldn’t be much different than Chartreux. They generally weight around sixteen to seventeen pounds.

Chateaux’s quiet demeanor makes people believe that they are somehow associated with the Carthusian order in France. While they do seem like the perfect pet option for monks, there is more evidence to suggest that they were used as mouse-patrol in 18th century France.

If the idea of reading a book in silence and running one hand over the coat of your cat sounds relaxing, Chartreux is the cat for you! 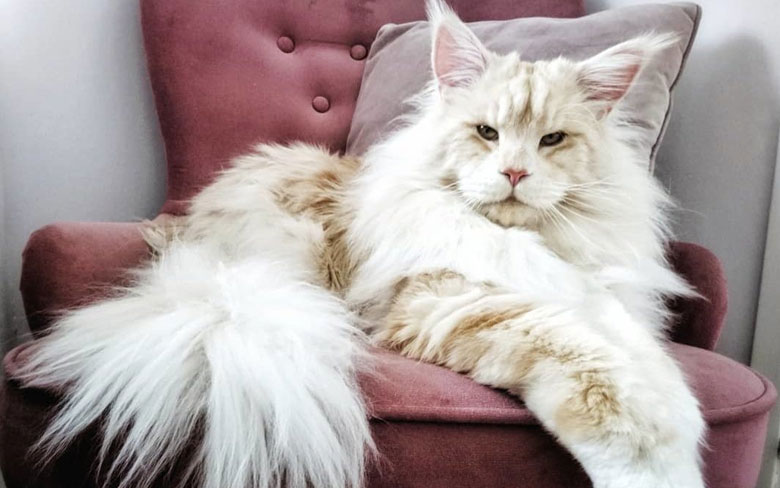 Imagine a two-year-old baby or 3 gallons of milk, that’s how big a Maine Coon cat can get! (With males growing as heavy as 25 pounds). That is as large as it gets because Maine coon is probably the largest domestic breed of cats.

They also occasionally break records for the longest cats, using a secret weapon: their super-long tails.

If you’re a Maine coon owner, you’re in luck because these cats love cuddling. That is 25 pounds of affectionate, cuddly goodness.

The lore behind their origins is even more exciting! Since no one is certain of their actual origins, there are a lot of interesting theories.

Some say the Vikings brought them to North America centuries ago, while others believe they are descendants of Mary Antoinette’s longhaired cats, which were sent to America among her belongings.

So, what are you waiting for? Choose your favorite breed and buy a large cat for your whole family’s entertainment!