For 30 years, a considerable upswing of the skyscraper has been observed globally. It is the best solution to get more space when there is a high demand for it with little room to make constructions. Technology today has made it possible to turn dream homes into reality utilizing less space and more intelligence.

Tallest Buildings In The World 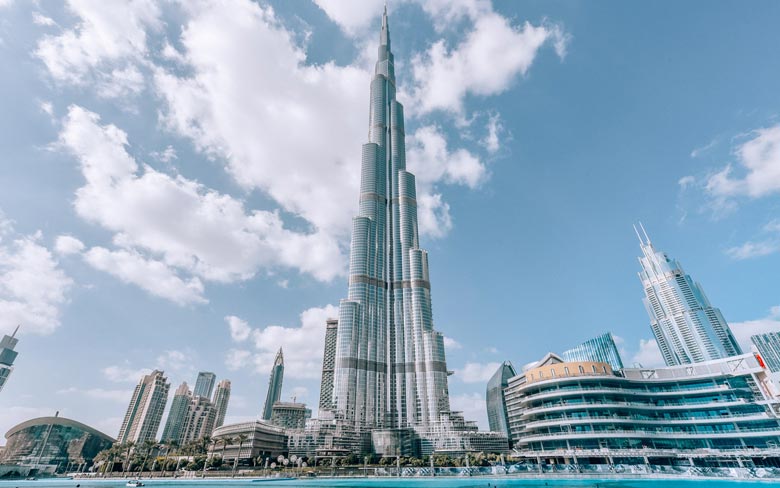 The gorgeous building in Dubai was named Burj Dubai, but now it is known as Burj Khalifa. The building is constructed high at the height of 2717 feet and has 163 floors in it.

The building is hiding a little gorgeous fantasy land in it. It is comprised of thirty thousand residences, hotels, shopping malls, and a beautiful artificial lake. It is said to be the tallest skyscraper in the UAE. The tower has received international attention not only because of its look but for its super luxurious decorum. 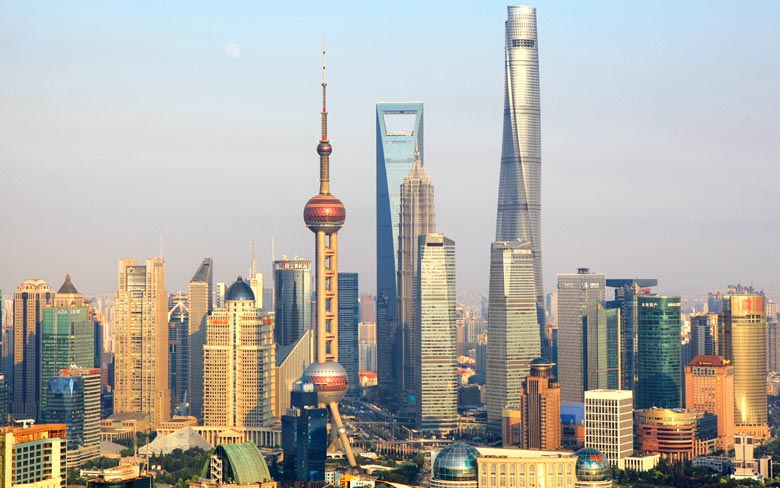 Shanghai Tower is the second tallest building in the world. It comprises 121 floors and a covered area of 2,073 ft. The construction of this tower was started in 2006, and it took eight years to finish this piece of beauty. 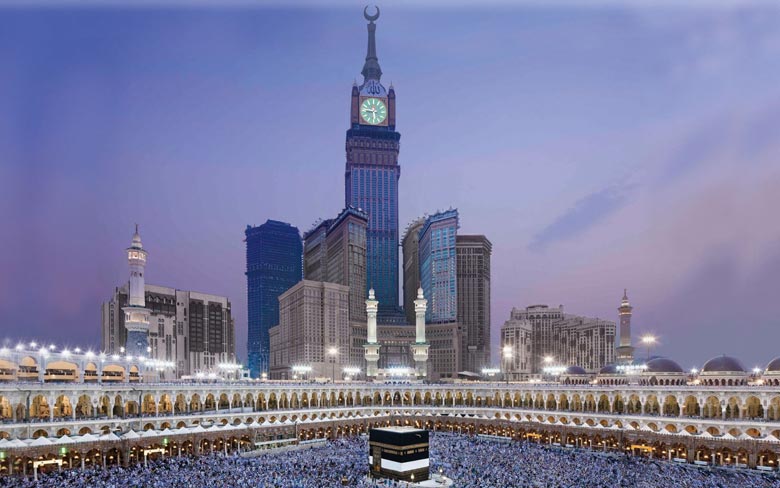 Makkah Royal Clock Tower is the third tallest tower in the world and is located in Saudi Arabia. The building serves as a hotel and a shopping mall. The building also serves as an Islamic museum and is used to observe the moon in Ramadan.

The building is 1,972 feet tall and was built in the year 2012 by the Saudi Bin Laden group. The building has a large clock tower and is located in the city of Makkah. The building’s clock serves to announce prayer times with its 21000 green and white lights installed in it. 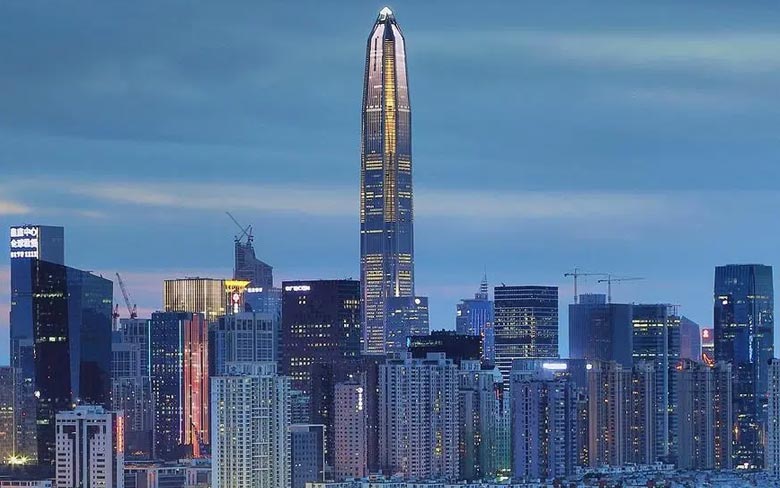 Pang, an International Tower, is located in the city of China, named Shenzhen. The building holds the space of a mall, hotel rooms, and a conference center. It also has the Pang An Insurance office in it.

It has a height of 1965 feet with a total of 115 floors. The tower is tall enough to be sighted even from distant places like some places in Hong Kong, Shatin, and New Territories West Constituency. One of the features of the building that make it unique is its double-decker elevators. 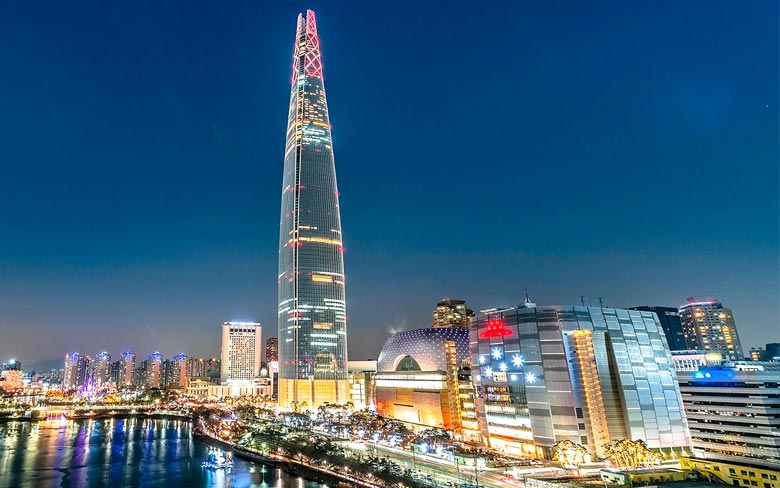 This beautiful tower was built in the year in 2016 in the city of South Korea. Planning for this building took thirteen long years to design the structure and interior. The construction started in 2011, and it took five years to complete this.

The building comprises 123 floors, and out of these, six floors are constructed in the basement underground. Above ground level, the building has a height of 1,819 feet. The construction of the building is earthquake-resistant. It is built near the Han Riverbankand next to the Lotte World Park. 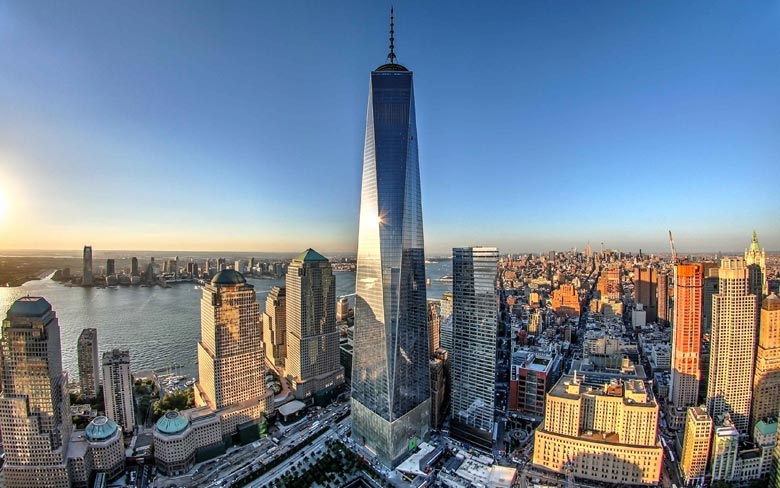 One World Trade Center is the highest building that is located in the USA, in New York City. The building was built in the year of 2014 and had a height of 1,176 feet. The main reason to reconstruct this building was to serve it as a reminder of the terror attack of 9 September 2011.

The building’s construction holds seven times more strength as concrete used in the making is of the greatest quality. Also, the steel bars used in construction are way too long compared with the ones used commonly. 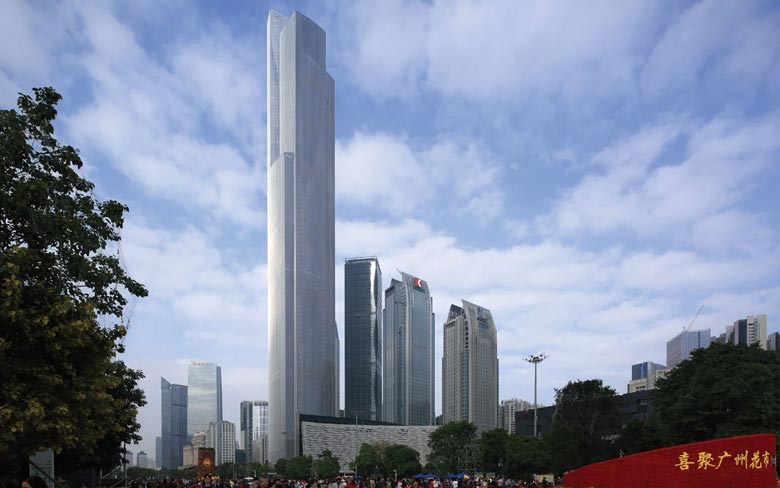 CTF Finance Centre is ranked as 7th highest building in the world and 3rd highest in the world. The tower has been constructed as a multi-purpose space and is located in Guangzhou, China.

The building was completed in 2016. The building is 1,739 feet tall and has a total of 111 floors. The tower holds the space for parking 17000 cars, offers office spaces and a hotel on the top 16 floors, and has a hotel. 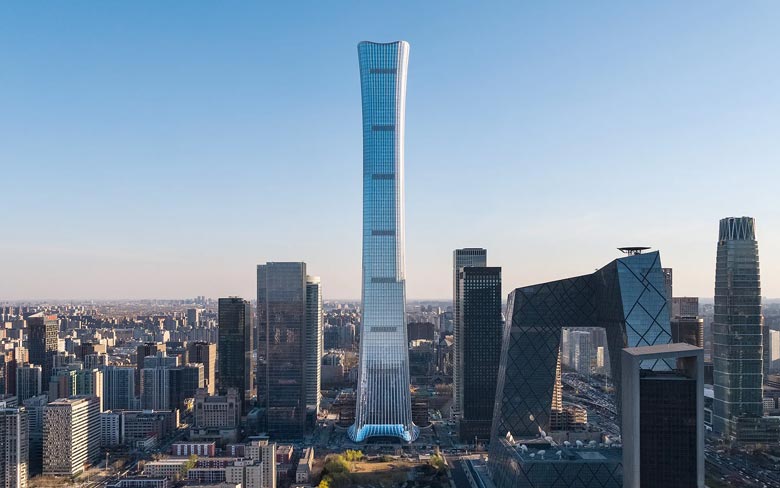 China Zun is also one of the top tallest buildings that are under construction and hasn’t been finished. The building is also known as CITIC Tower. It is located in the Central business district of the capital, Beijing, China. The tower is 1732 feet tall and has 108 floors in it. 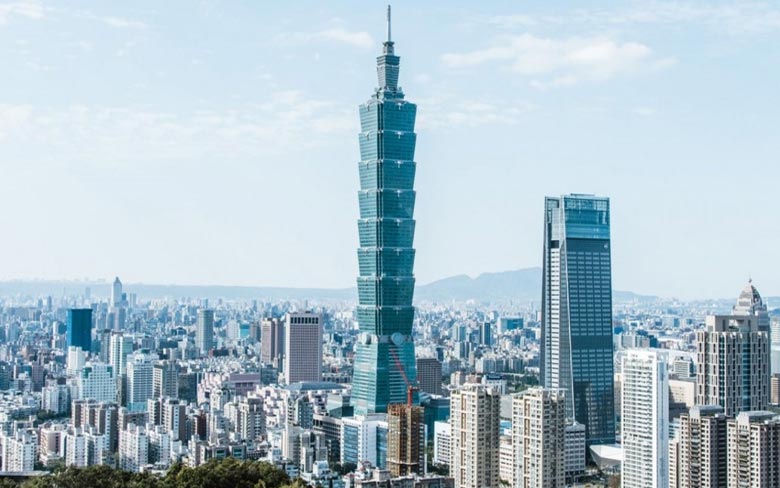 The 9th tallest building in the world is situated in the capital of Taiwan. The building has a height of 530 meters and 101 floors. Before World Trade Center, Taipei was the world’s tallest building when it was completed in 2004.

The building is renowned for its blue-green tinted glass windows. This tower is the only one in the world that held concerts on their 91st floor in their open terrace and on the rooftop as well. 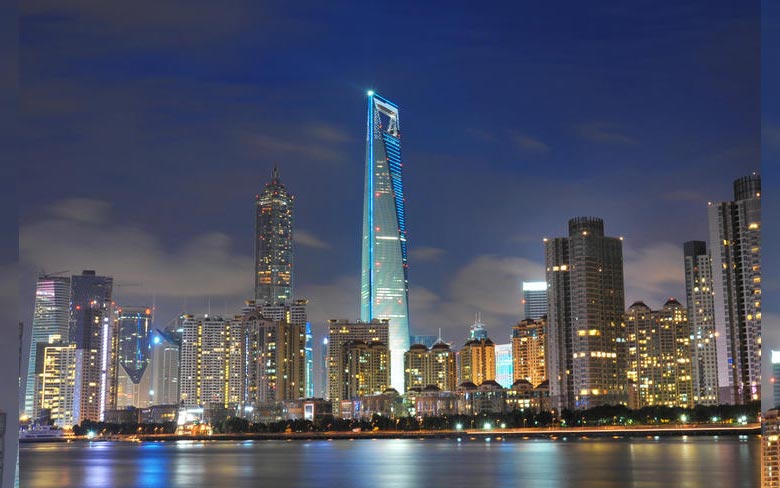 Here comes the fourth tallest building in China, Shanghai World Financial Center. The building has 111 floors and is 492 meters in height. This stunning building is comprised of a conference center, a shopping mall, and hotels. 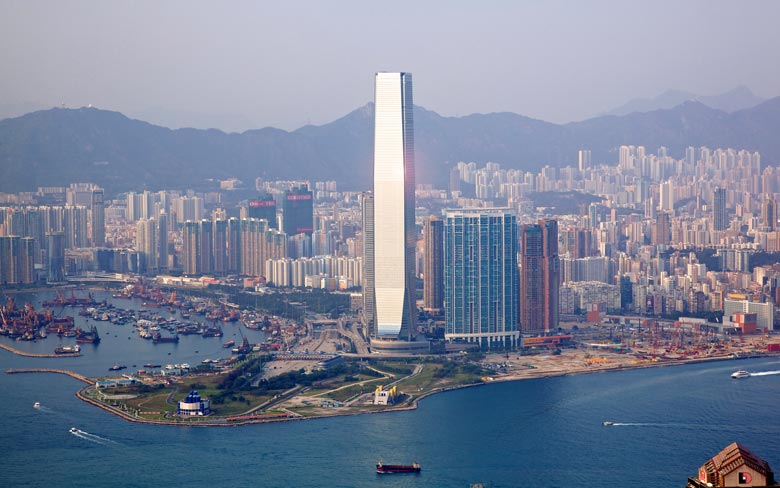 International Commerce Centre used to be the world’s fourth-tallest tower back in 2010. The building is constructed up to a height of 484 meters and has 108 floors. Other than 5-star hotels, shopping malls, and hotels, it has the world’s highest swimming pool and the world’s second-highest hotel. 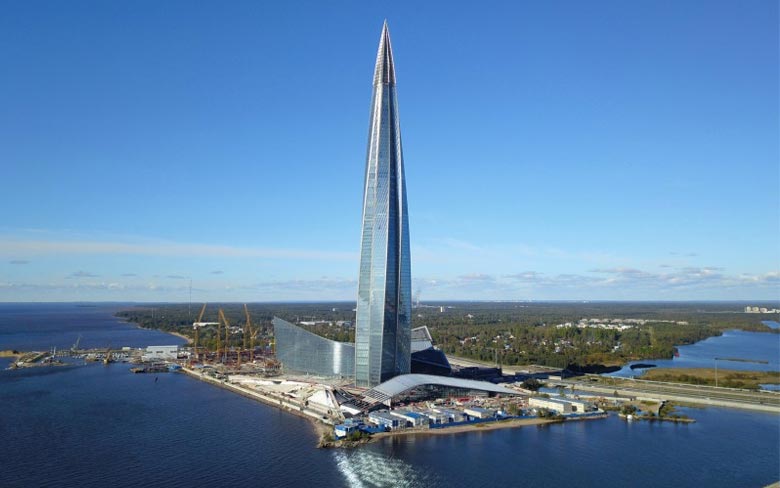 Lakhta Center is the 12th highest building in the world, located in Saint Petersburg, Russia. The building is 462 meters tall, and Tony Kettle designed it. The construction of the building was started on 30 October 2012. 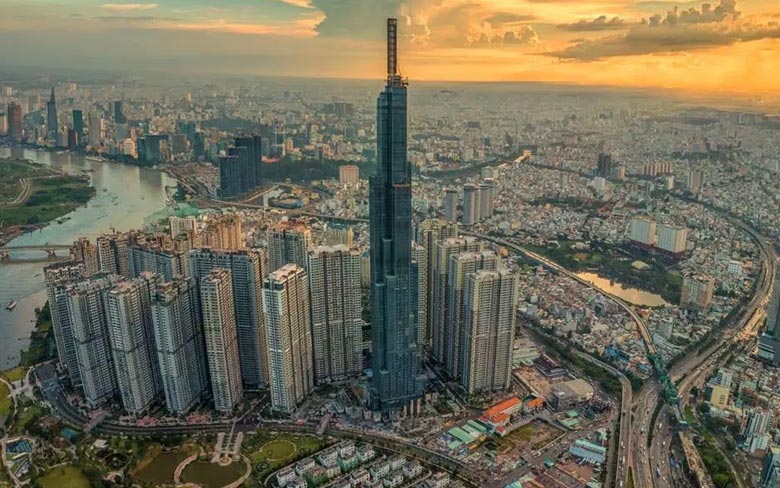 Landmark is one of the highest skyscraper situated in Ho Chi Minh City, Vietnam. The building is 1,513 feet tall and was designed by the engineering and consulting firms Atkins. This gorgeous building is located in the Vinhomes Central Park, Vietnam. 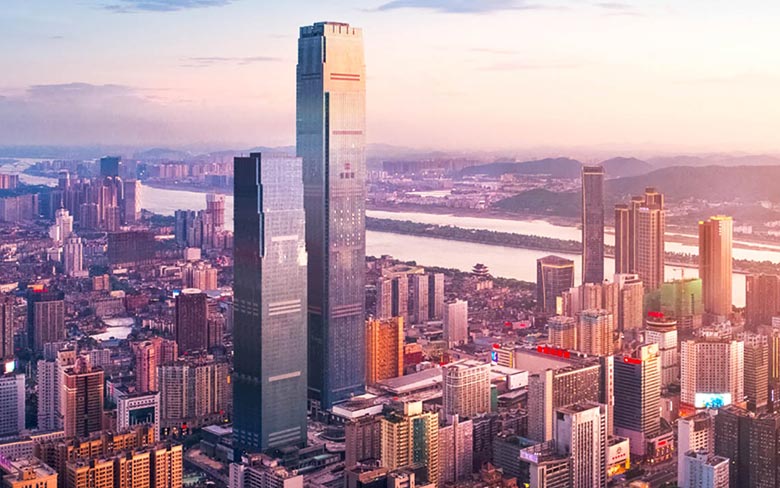 Changsha IFS Tower is located in the city of Hunan, China. The building was constructed in 2017. The building features two towers, tower 1 has a height of 452.1 meters, and tower 2 is 315 meters tall. 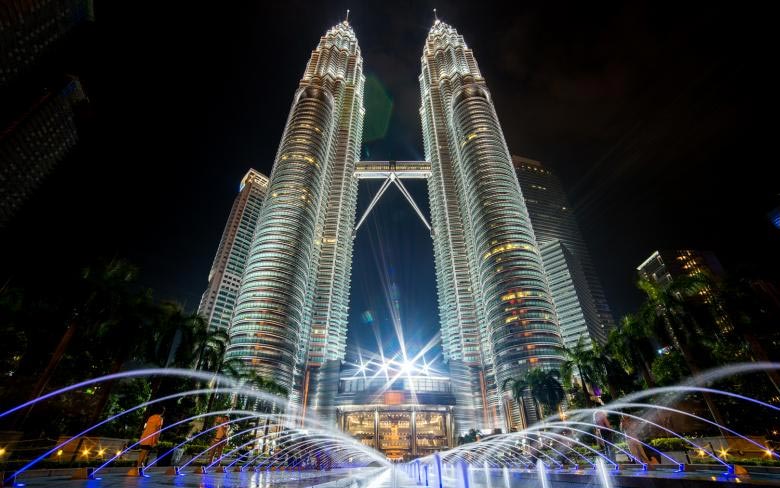 Petronas Towers are the twin towers situated in the city of Kuala Lumpur, Malaysia. These are the skyscrapers constructed in the year 1998. These buildings are still known as the world’s tallest twin towers.