There are some extra-large birds discovered in the world which are really too big, beyond your imagination. Thar’s why we have come up with the idea of showing you thetop 15 largest birds in the world (according to their body weight).

Birds are actually coming from one out of six basic animal groups, along with the others living amphibians, invertebrates, fish, reptiles, and mammals. However, they are endothermic vertebrates, which re actually characterized by toothless beaked jaws, feathers, as well as having a high metabolic rate, lightweight, and a four-chambered heart with a strong skeleton.

Furthermore, their reproduction system starts by laying of hard-shelled eggs (whereas, such eggs actually fertilize inside the female). Although, according to the fossil record, that also indicates these birds are one of the last surviving groups stays in the world after dinosaurs. That’s why they are sometimes termed avian dinosaurs.

Well, here we have come up with the top 15 largest birds which are really very big in their size and body, so let’s have a look at them…

largest birds in the world

The Dalmatian pelican (also known as PelecanusCrispus) is considered the world’s heaviest of weight flying bird species. Whereas, the bird actually gives us the measurement of around 160 to 183 cm (that would be around 5 feet 3 inches to 6 feet 0 inches) in a total of its length. 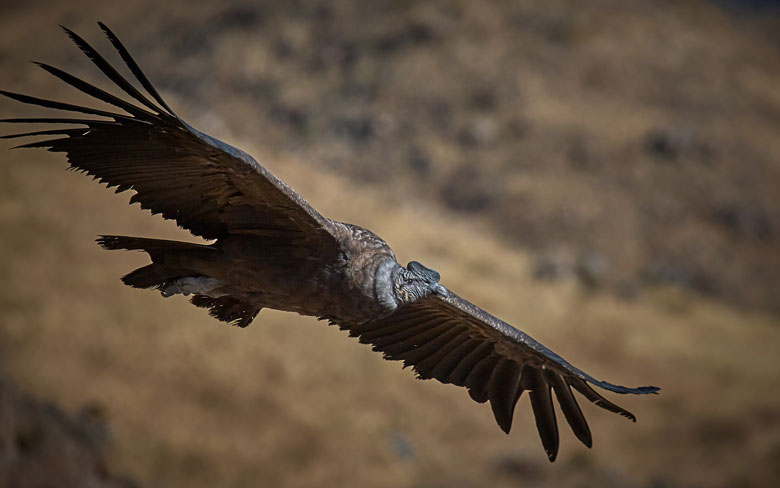 Furthermore, this bird also contains a very large size of wingspan, which would be for up to 3.3 m (10 ft 10 in), and it can exceed as well. 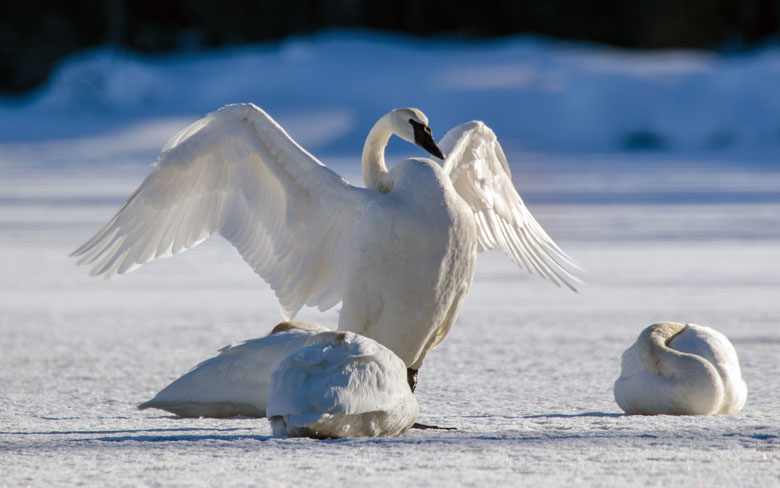 Trumpeter swan (Cygnus buccinator) has known as one of the heaviest birds ever that comes in the flying bird species found in the world. However, they are endemic to North America, and of course, the living heaviest birds in there.

These birds also have a very large sort of wingspan, that can be easily exceeded to 3 meters (10 feet). Whereas, the largest known trumpeter male category attained an overall length of around 183 cm (6 ft 0 in), therefore, a wingspan of up to 3.1 m (10 ft 2 in) and with a weight of around 17.2 kg (38 lb). Read also Most Dangerous Birds 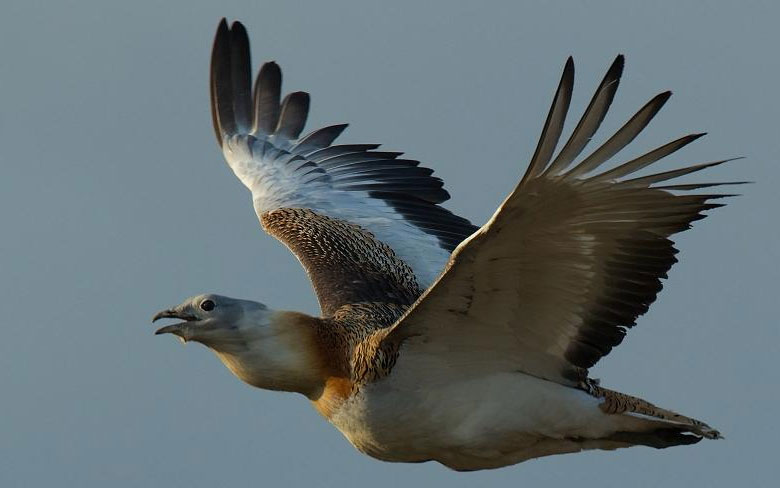 Although, the Great bustard can easily be found in the places of the central/south Europa and temperate Asia. A male category is considered with a length of around 90-105cm (whereas 2ft 11 in to 3 ft 5 in) tall. However, their females are way too smaller than males. 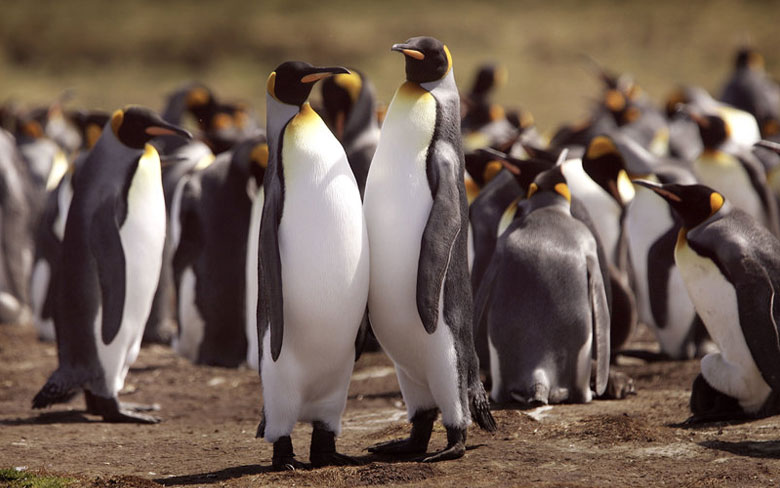 The normal weight of these King penguins (Aptenodytes patagonicus) is very much alike or even just slightly higher as compared to that of the largest flying birds, the Great bustard, and the Kori bustard.

However, they give us a total length of around 70 to 100 cm (28 to 39 in) tall and as well as, their overall weighs starts from 9.3 to 18 kg (21 to 40 lb). Though, according to a study, their males are even larger as compared to their females. Whereas, they considered the second-largest species comes under penguin (therefore, the first largest is the Emperor penguin). 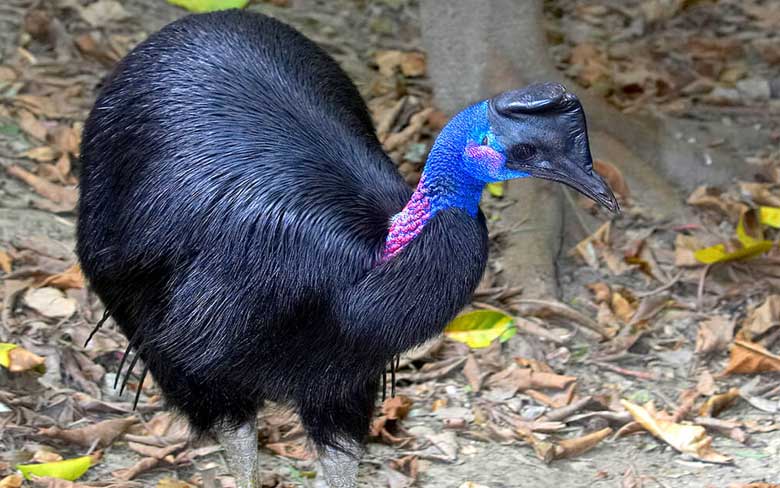 Although, it is being distributed everywhere the area of mountain forests of New Guinea, Yapen Island, and New Britain, at heights of up to 3,300 m (10,800 ft).

However, the bird can be found in the place of Altiplano, and they considered as one of the heaviest and largest birds species in the world. 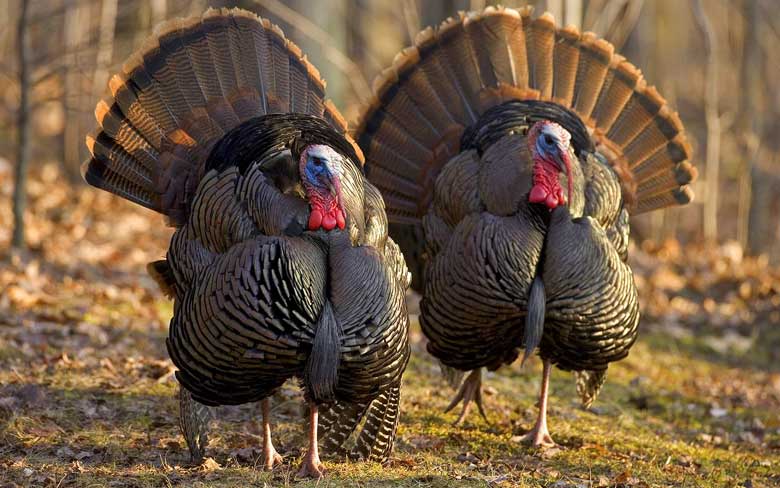 The domesticated turkey (Meleagris gallopavo) was actually domesticated in the region of the central Mesoamerica for about to at least 2,000 years ago.

However, their English name is, “turkey” which is the effect of an early misidentification of that bird along with a separate species that was actually going to be imported to Europe within the country of Turkey. Also, they can easily grow for up to 39 kg (86 lbs). 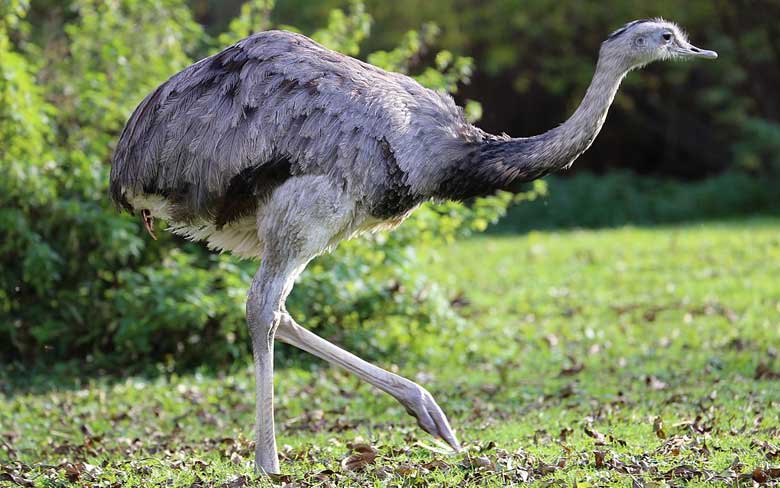 This category of bird measures out with the weight of around 20–40 kilograms (44–88 lb), whereas, the greater rhea (Rhea americana) is considered one of the largest birds in the world that can be found easily on the American continent.

They have the strongest powerful legs, which actually allow them to go further and run for up to 35 mph (56 km/h). Although, the greater rhea is basically endemic to Argentina, Brazil, Bolivia, Paraguay, and as well as Uruguay. 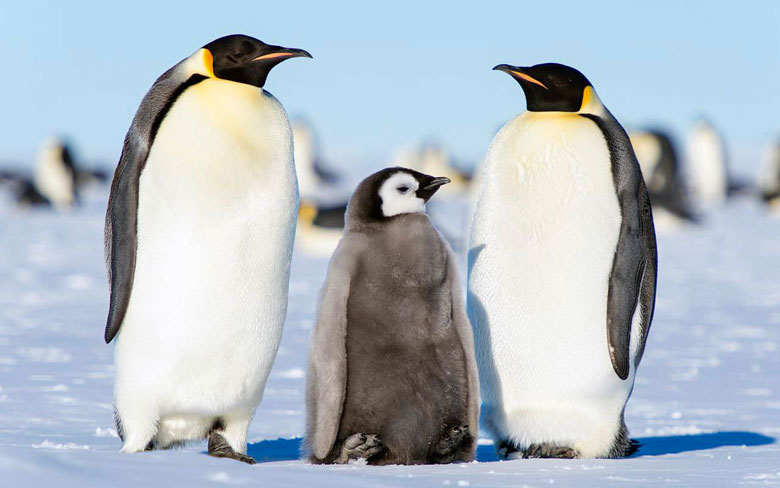 The emperor penguin (Aptenodytes forsteri) is basically endemic to Antarctica. They can further-reaching 130 cm (51 in) in height, and of course, they contain the weighing of around 22 to 45 kg (49 to 99 lb); they are the tallest and yet very heaviest species of penguin living in the world.

However, both male and female emperor penguins are actually very similar to each other in both plumage and size. 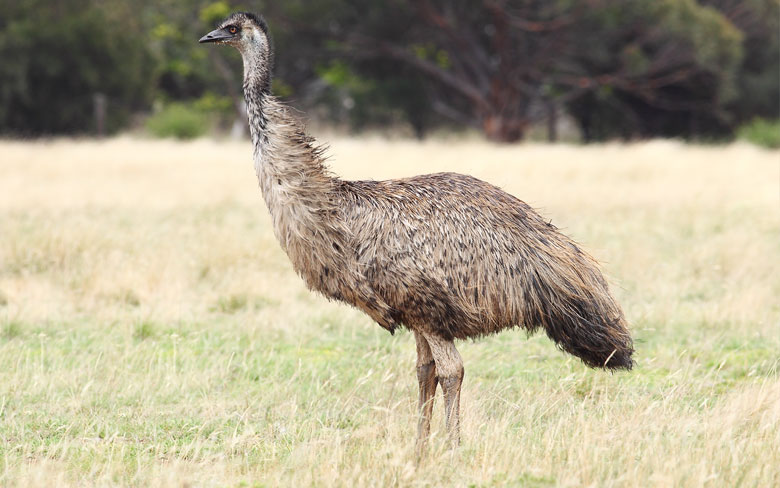 The emu (Dromaiusnovaehollandiae) has come in the list as the second-largest living bird according to the height (the largest one basically is the ostrich, relative of an emu). 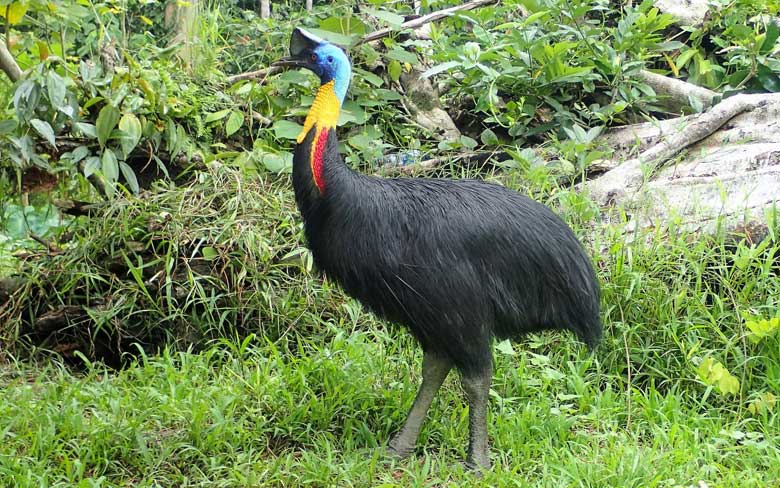 The Northern cassowary (Casuariusunappendiculatus) is actually looking like a large and bulky bird endemic to northern New Guinea. Their females contain the overall weight of up to 70 kg (154 lb), whereas their average weight would be around 58 kg (128 lb).

Though, their males are actually smaller in size. Despite its stocky type of build, a Northern cassowary can easily be able to sprint for up to 50 kilometers per hour (as well as 31 miles per hour). 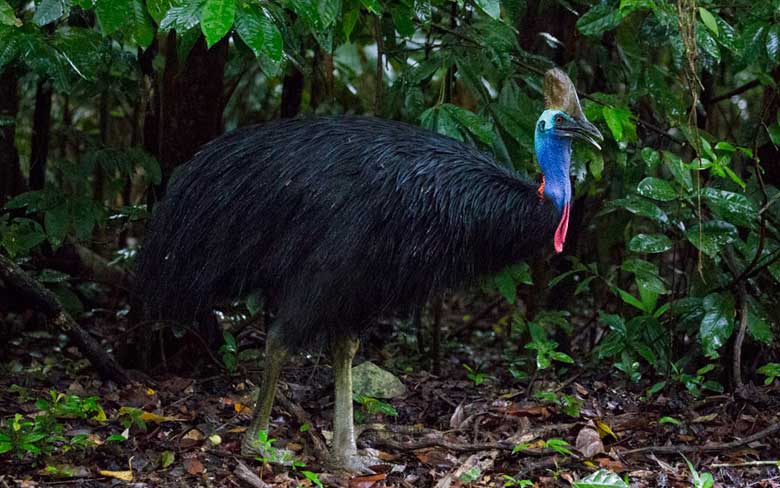 The southern cassowary (Casuariuscasuarius) can be found in the places of tropical rain forests of Indonesia, northeastern Australia, and New Guinea, and it prefers heights under 1,100 m (3,600 ft) in Australia and as well as 500 m (1,600 ft) on New Guinea. 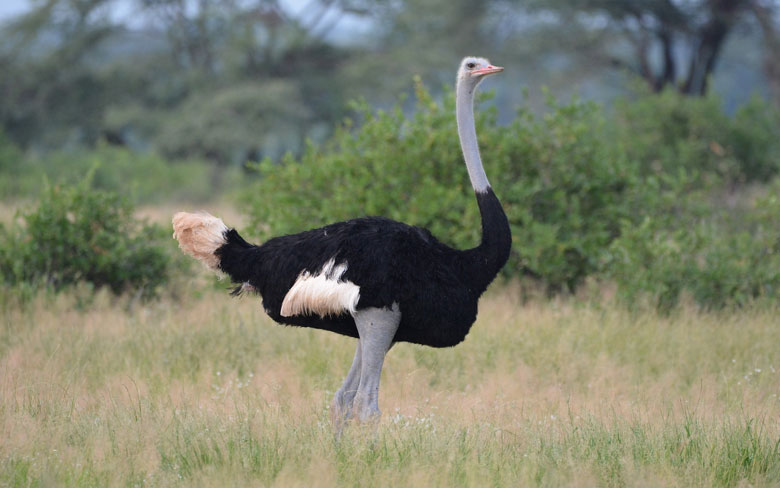 This is actually the second-largest living category bird in the world, Somali ostrich (Struthio molybdophanes) is considered the kind of large flightless bird endemic to the Horn of Africa, particularly in north-eastern Ethiopia and over to all of Somalia.

It was previously studied as a subspecies of the familiar ostrich; thus, it was first identified as a different species in 2014. A male category of Somali ostrich contains an overall weight of up to 130 kg / 287 lb. 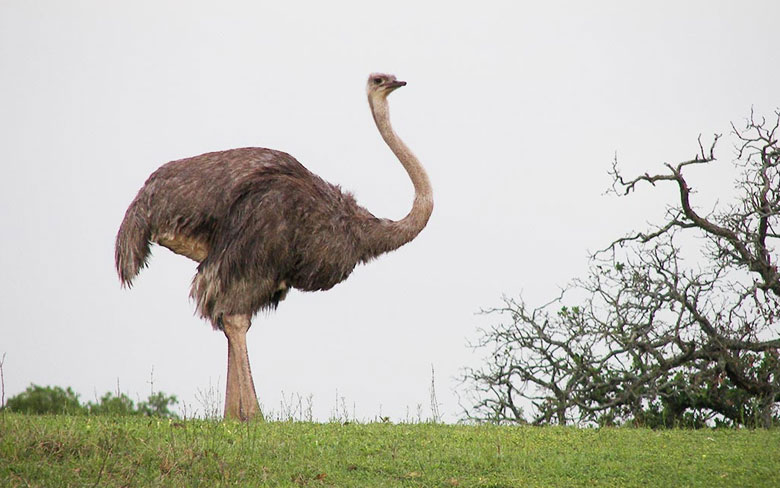 Here comes the most common bird ever, ostrich, the ostrich, basically considered one of the largest living birds in the world. It is endemic to Africa.

So, these are the top 15 largest birds in the world, which are still very common to see in some areas, and some of them are still very unknown to many of us.